Networks are behind many of the computer operations of today's world. The use of networks within businesses has created a strong demand for technical professionals who can create and maintain them, as well as fix problems or restore them when they crash.

A focused education can allow you to gain specific skills with IP routing, remote access, and address translation. You will learn to work with local area and wide area networks (LAN/WAN). LANs generally serve a small area, such as an office or building, whereas WANs cover a broad area, such as a state or country.

You can also receive additional certifications beyond a diploma or degree. These certifications can boost your credibility and add to your employability. It can be the route to take if you want to expand your career opportunities. Regardless of your choice, you are about to enter a sector that can offer you fulfillment and financial rewards. Get started by asking for more details! 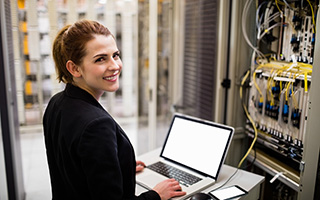 Computer networks are critical to the world's modern infrastructure. They make today's global economy possible. Without them, our communications and ability to access information and respond to challenges would be a lot slower. Networking technology enables companies, governments, schools, and many other types of organizations and individuals to learn, innovate, share, collaborate, and tackle important issues much more quickly, efficiently, and cost-effectively than would otherwise be possible.

For example, just think of how much most of us now depend on the Internet. It is a giant matrix of interconnected computer networks linking billions of separate devices around the world. It continues to transform our society in ways that we often don't imagine. In fact, it has become fundamental to our very way of life.

That's why people who pursue careers in network administration frequently become vital, well-respected professionals. Networking is one of the most important areas of information technology (IT), and it offers the potential to reap great professional benefits. For instance, the typical network administrator salary tends to be fairly high. And networking specialists often enjoy getting to take on new challenges while working in fun and essential roles within this ever-evolving sector.

So looking into this field is definitely a smart idea. Get a better understanding of it right now by exploring the answers to six popular questions.

(Annual salary information is based on May 2018 data from the Occupational Employment Statistics program.)

1. What Is a Network Administrator?

In the most basic sense, a network administrator is an IT professional who manages and carries out the daily activities that are necessary for keeping one or more computer networks operational. People with this occupation also sometimes have job titles such as:

2. What Does a Network Administrator Do?

Every organization has its own technology needs and challenges, so each employer is likely to have a slightly different network administrator job description. But the most common duties often include:

As part of ensuring that data-sharing or communication services like email work as they're supposed to, network administrators utilize their knowledge of many different technologies and components. For example, they need to understand how to manage things like:

In addition to technical duties, a network system administrator job description might also include responsibilities that require good communication skills. That's because many organizations need IT pros who can clearly explain tech-related things in ways that non-techies can understand. And they often require networking specialists who can listen and discern what the technical needs truly are within various departments.

3. What Is the Average Network Administrator Salary?

Plus, in some locations, the pay is a lot higher than the nationwide average for this field. For instance, look at the average network systems administrator salary in each of the following regions:

4. Can You Tell Me How to Become a Network Administrator? 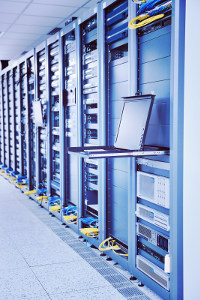 The most reliable way to start becoming a professional in this field is to get a computer networking education at the college level. Many training options are available. They range from short certificate and diploma programs to slightly longer courses of study that reward degrees. Even a general computer science or computer information systems degree can help you get started.

In addition to graduating from a post-secondary program, you might also want to earn some basic computer and networking certifications. For instance, a lot of employers prefer to hire entry-level networking pros who have attained at least CompTIA Network+ certification, which is vendor-neutral and demonstrates that you know most of the basics. Happily, a lot of technical and vocational schools include preparation for CompTIA certification as part of their networking programs.

5. How Can I Advance in My Networking Career?

With enough success as a network administrator, it's often possible to move into higher roles. In some cases, you may need to upgrade your education first, especially if you have less than a bachelor's or master's degree. But some employers offer benefits that cover all, or a portion, of the tuition for going back to school. And many schools offer programs that can be taken online or on a part-time basis, which makes it convenient to upgrade your credentials while maintaining your existing job.

Advanced networking-related careers include occupations such as:

A lot of network administrators also attain higher salaries and better positions by specializing in one or more particular areas of the field. In fact, advanced certifications or training options are often available for specialty areas such as:

6. How Many Networking Job Opportunities Are There?

That depends on where you're looking. Overall, the employment of network administrators in the U.S. is expected to rise by about five percent between 2018 and 2028, according to the Occupational Employment Handbook. But that number is significantly higher for network administrators who work in systems design and related services. In that sub-sector, the anticipated rate of growth is 24 percent.

A lot of the growth in the networking field will likely be a result of ongoing technology upgrades, the trend toward cloud computing and virtualization, and the expanding IT needs of the healthcare industry. In addition, many current IT professionals will be retiring in the coming years, which will lead to more job availability. When you account for employment growth as well as replacement-hiring needs, the average number of annual job openings that are projected to become available over the decade from 2016 to 2026 look like this:

Fast and convenient networking training is easy to find. Simply put your current zip code into the following program finder in order to locate networking schools that are online or close to home!