Working in aviation maintenance often brings good pay, high satisfaction, and other advantages. Enrolling in an aircraft mechanic school can help you learn what it takes to ensure the safe and efficient operation of airplanes and helicopters. It can also help you prepare for the Federal Aviation Administration (FAA) certifications that many employers expect.

You can become an aircraft mechanic by completing an FAA-approved program at a technical school or receiving training through the military. A few technicians learn on the job, but that is typically a longer route to certification.

Most Common Length of School*
(range in months)

Certificate programs: These typically take anywhere from one to two years.* Many schools offer specific certificates in airframe, powerplant, or avionics technology.

Associate degree programs: These usually last between 20 and 24 months.* They are more comprehensive than certificate programs and include general courses like math, physics, and public speaking.

Bachelor's degree programs: These are much less common and generally take about four years to complete.* Programs at this level often focus on maintenance management.

The specific courses that are offered vary by program. However, aircraft mechanic schools usually cover topics like:

Skills You Can Learn 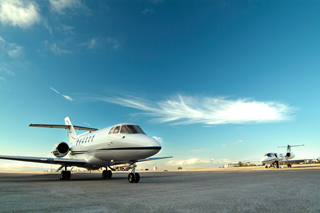 You could begin learning how to:

Technically, aircraft mechanics do not need to be licensed or certified. However, if a mechanic does not have an FAA certificate, he or she must work under the supervision of a certified technician. Plus, he or she is not permitted to release an aircraft back into service.

The FAA offers both airframe and powerplant certificates. An aviation mechanic can obtain each separately or both together. In order to be eligible, you must:

To qualify, you must:

Additionally, technicians who repair or maintain communications equipment may require a license from the Federal Communications Commission.

How much does aircraft mechanic training cost?

Tuition and fees vary widely depending on what credential you pursue and where you enroll. Based on a review of programs at 30 different institutions (both public and private), it costs anywhere from about $1,500 to $38,000 to go to aircraft mechanic school for one year. However, many students are eligible for financial aid that can bring those costs down.

What can I do to get ready for a program?

Taking high school courses like chemistry, physics, math, computer science, and electronics can be good preparation. You may also want to start getting comfortable reading the maintenance manuals for different aircraft, from propeller planes to passenger jets. Many such manuals can be found online.

Spartan College of Aeronautics and Technology

For mechanically minded individuals with a penchant for hands-on work, a career as an aircraft mechanic can bring a host of rewards.

Length of Training
Most Common Length

The median aircraft mechanic salary is $64,090, according to estimates from the Occupational Employment and Wage Statistics (OEWS) program. The highest-paid technicians make over $101,000 per year.

Median earnings can vary dramatically between companies. For example, according to PayScale, aircraft mechanics at Boeing earn a median yearly wage of $58,093, while those at Delta make $89,000. At FedEx, people in this trade earn a median hourly wage of $39.12, whereas those at UPS make $50.02.

Avionics technicians specialize in the electronic instruments on-board an aircraft. They are usually aircraft mechanics who have taken advanced training specifically in avionics, so they typically command higher salaries. They have a median yearly wage of $65,700.

Between 2019 and 2029, employment of aircraft mechanics and service technicians is projected to increase by 4.6 percent, according to the Bureau of Labor Statistics.

Over that decade, an average of 11,200 aircraft mechanic jobs should become available each year. The vast majority of those openings will come from technicians retiring or changing to other occupations.

What an Aircraft Mechanic Does

Also known as an aviation technician or aviation maintenance technician, an aircraft mechanic carries out the service and repair work that keeps airplanes and helicopters in safe operating condition. 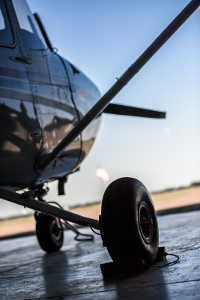 They are often responsible for:

As an aircraft maintenance technician, you could work in:

Most aircraft mechanics earn FAA certificates as airframe and powerplant (A&P) mechanics, but they can choose to specialize in just one of those areas. Airframe involves every part of an aircraft other than the engine, propellers, and instruments. Powerplant focuses on engines and propellers.

Other potential specialties, some of which require additional training or certification, include:

Avionics: Maintain an aircraft's electronic equipment, such as the radio, radar, flight control, and entertainment systems.

Repair: Fix specific issues that pilots notice during flight or that come up during inspections.

Inspection: Carry out a detailed review to determine if an aircraft is ready to return to service following major repairs.

Airworthiness determination: Examine and test a used aircraft to see if it meets all the requirements for safe operation.

Is aircraft mechanic a good job?

For people who enjoy solving problems, working with their hands, and continually learning new skills, a career as an aviation maintenance technician can be an excellent fit. The work is mentally and physically challenging, and the pay can be quite good. As technicians gain experience, they can pursue positions in maintenance hubs all over the country. Plus, they often receive perks like free or discounted flights.

Aircraft service technicians typically work 40 hours a week, though overtime is not uncommon. They usually work in shifts, which may be scheduled around the clock. Experienced mechanics often get their choice of shifts.

Technicians frequently work with heavy components and tools, and they may be required to bend, kneel, crouch, crawl, reach from ladders, or balance on the top of fuselages. Hangars and repair stations can be noisy environments, so mechanics must use hearing protection and high-visibility vests. They may also be called upon to work outdoors in all kinds of weather.

Where do aircraft mechanics make the most money?

According to OEWS program data, the states listed below have the highest average wages for aircraft mechanics and service technicians:

The list is a bit different for avionics technicians:

* Length of training information is based on a combination of information from the Occupational Outlook Handbook, the U.S. Department of Education, and a wide sampling of relevant programs from about 30 individual school websites. They are a mix of public, private non-profit, and private for-profit institutions.