Go into one of the world's most varied and worthwhile professions.

Engineering training schools help inventive people learn how to contribute to making our lives better through the creation of practical solutions to common problems. They can strengthen your ability to assist in the development of important technological breakthroughs. And their well-crafted programs can put you in a position to build your own respected, good-paying, and enjoyably challenging career.

That's really what engineering schools are all about: giving creative thinkers and problem solvers like you the opportunity to excel and make an impact. After all, we live in a time of rapid change, which is creating no shortage of issues to be solved through the real-world application of math and science. So America needs more engineers and engineering technicians who can offer new ideas and fresh enthusiasm.

The only question is, what path will you choose? Many of the nation's top engineering schools maintain a large variety of programs in different branches of this expansive field. The possibilities are fun to explore. Just look at some of the featured options below. Or discover the training opportunities in your area by typing in your zip code. 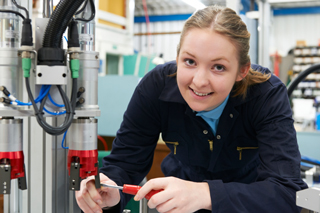 For anybody who aspires to make a lasting and practical difference in the world, engineering provides a lot of truly appealing directions to go in. In fact, there are potentially hundreds of different ways to specialize within the field. That's because each major branch of engineering holds many subdisciplines. And a lot of engineers and other engineering professionals have skill sets drawn from a combination of different specialties.

According to a report from the Congressional Research Service, over 1.6 million engineers are actively working within the U.S. They are just the latest contributors to a profession that has a long history of designing, developing, analyzing, and building solutions that improve people's quality of life.

Their contributions are staggering and almost too numerous to list: everything from safe drinking water to modern transportation to the distribution of electricity to refrigeration to the Internet to smartphones to space exploration. The achievements simply go on and on.

And so do the career possibilities. Even at the most basic level, you have the option of becoming either a fully fledged professional engineer or an engineering technician who plays an important assisting role.

In general, becoming a professional engineer requires a specialized bachelor's degree, followed by four years as an engineering intern and the successful completion of a state licensing exam. So you definitely need to learn some good college hacks for that level of study. In contrast, engineering technicians usually only need about two years of post-secondary education—and sometimes even less.

Here is how the four main branches of engineering break down:

Salary information is current as of March 5, 2020 and is based on estimates from the Occupational Employment Statistics program.

In this area of the field, the focus is on the design, development, and testing of devices and systems that use electricity. That can, of course, include a huge range of items. Computers, TVs, telecommunications equipment, machines for power generation, GPS navigation devices, medical monitoring tools, and broadcasting equipment are merely a few prominent examples.

As new technologies emerge, engineers and technicians in this category are often at the forefront of applying them to help solve interesting problems. Plus, they tend to make very good money. For example, in 2018, the average and top-end salaries in the U.S. were:

Many engineers consider this to be the largest branch of the profession. Its emphasis is on applying the principles of thermal energy, as well as structural and motion mechanics, to create and test different kinds of tools, devices, and machines. Examples include gas turbines, cooling systems, car and airplane engines, renewable energy systems, boat motors, and biomedical systems.

And some engineers and technicians have both mechanical and electrical engineering skills. That gives them the versatility to work in the field of mechatronics, which concerns the development and operation of automated systems like robotics and unmanned aerial or submersible machines.

In 2018, the average and top-end annual earnings for U.S. professionals in this area were: 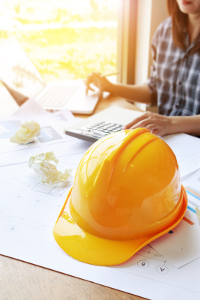 Large building and infrastructure projects are the primary focus for engineers in this area. The diversity of structures and systems that they can help design, construct, or maintain is astonishing. For example, just imagine a few of the things we wouldn't have without their talents: roads, bridges, tunnels, airports, dams, water and sewage treatment plants, skyscrapers, mining facilities, and industrial manufacturing centers.

That's why civil engineers are in big demand. Throughout America, many of the structures listed above are deteriorating because of age. They need to be replaced, or at least receive major upgrades. As a result, according to the Occupational Outlook Handbook, the employment of U.S. civil engineers is expected to rise by six percent between 2018 and 2028.

Don't let the title of this category fool you. Chemical engineers are involved in designing and producing a lot more than you might think. This branch of engineering is incredibly broad. It's all about applying the principles of physics, biology, and chemistry to problems that can be solved through the creation of new substances, materials, or biosystems. Positive impacts are often achieved in areas like paper and textile manufacturing, plastics, petroleum, agriculture, pharmaceuticals, and environmental and natural resource preservation.