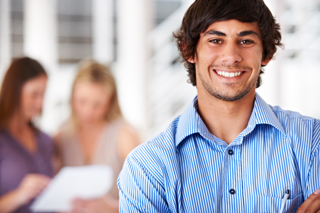 High school diploma programs or GED preparation courses can give you the chance to take care of an important first step toward being able to achieve what you really want. Even if you didn't finish high school the first time around, you still have a chance to earn a credential that makes up for it.

Maybe you're an adult who wants to go to college, achieve better job prospects, or set a good example for your family. Maybe attending a traditional high school hasn't worked for you, and you need a way to complete your education at home where you can learn at your own pace. Or maybe you're a student athlete who spends a lot of time training and competing in different locations, so you need a lot of flexibility in order to earn a high school diploma.

Whatever your individual situation, programs exist that can help you fulfill your goals. Check out the following options, or search for a school using your zip code right now!

Why Is Earning a High School Diploma (or Equivalent) So Important?

Why Is Earning a High School Diploma (or Equivalent) So Important? 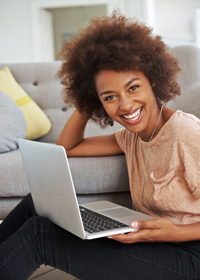 If you didn't complete high school, you're not alone. In 2018, at least 10 percent of American adults over age 25 didn't possess any secondary school credential. But the good news is that it's never too late to change your own situation.

Having a high school diploma, GED, or other equivalent credential means more than just having greater personal satisfaction or respect from others. It also means that many more doors can be opened up for you.

People who have completed this level of education tend to find better jobs, earn better pay, and experience lower rates of unemployment. Plus, they have the chance to continue their education at colleges, universities, or career schools, which can lead to even better jobs and salaries. For example, just look at these facts from the Bureau of Labor Statistics for 2018:

Many international students and immigrants also find it beneficial to pursue an American or Canadian high school diploma, especially if they plan on working or getting a post-secondary education within one of the two countries.

How Long Does It Take to Earn a High School Diploma Online? 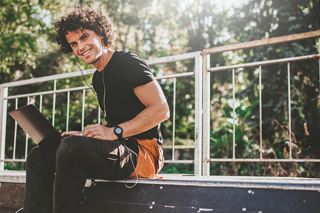 As an adult, high school diploma programs that allow you to study where and when you want are probably very appealing to you. After all, they can offer a lot of convenience and flexibility. And they can allow you to earn your diploma in a relatively short amount of time. But as you explore such options, be sure to keep a few things in mind:

When it comes to preparing for a GED, programs vary a lot. Some students use study guides to prepare for the test on their own. But many successful students have found it worthwhile to look into courses offered by GED schools or even to take a high school program that may or may not be accredited. The extra structure helps ensure that they become prepared for the GED test in as little time as possible.

Did you drop out of high school? Or were you unable to graduate because you didn't complete all of the required classes? If so, then you'll want to explore this section. After all, getting a GED certificate is one of the most common ways to earn high school equivalency in your situation. But there is a difference between GED and high school diploma credentialing. So learn more about this route by checking out the answers to the following popular questions:

What Is a GED?

A GED credential is an alternative to a high school diploma for adults who need a second chance. Most colleges, trade schools, universities, and employers recognize it. In fact, since 1971, more than 17 million people have improved their job and educational prospects by getting their GED diplomas.

So, what does GED stand for? It stands for General Educational Development. Basically, GED is a brand name for a system of standardized tests. The brand is licensed to GED Testing Service.

What is GED Testing Service? It's a joint venture between Pearson (a company that specializes in student testing) and the American Council on Education (ACE), which is a non-profit organization. The GED brand is owned by ACE. GED Testing Service administers the tests that, if passed, result in getting your GED certification.

GED vs. High School Diploma: How Are They Different?

A GED credential is considered equivalent to a high school diploma. Both are used as proof that you have achieved a minimum level of knowledge and ability in subject areas like math, science, social studies, reading, and writing. However, some important differences do exist:

It's also worth noting that every state sets its own requirements for earning high school equivalency. In most states, the GED is still the standard alternative to a high school diploma. However, a few states are now offering other tests, such as HiSET and TASC.

What Is On the GED Test?

GED tests are computerized and made up of various types of questions. They include multiple-choice, fill-in-the-blank, drag-and-drop, short-answer, and extended-response questions. You must pass four separate tests, which are in the following subjects:

Can You Go to College With a GED?

Yes, absolutely. In fact, the GED Testing Service says that over 40 percent of all GED holders go on to attend college. That's because the tests are intended to measure the kinds of knowledge and critical-thinking skills that are often necessary for succeeding at the post-secondary level. Once you're in college, it's useful to learn a variety of life hacks for school.

Of course, each college, university, and trade school has its own admissions policies. Some schools are simply more selective than others. So a lot can depend on your GED scores. At some schools, you might be asked to take a few remedial courses or take a placement test if your scores fall below a certain threshold. And a lot of traditional four-year colleges and universities may want to see scores from other college-readiness tests such as the ACT or SAT.

Fortunately, the GED scoring system now helps students see how ready they are for college. According to the GED Testing Service, you need at least a score of 145 on each of the tests in order to pass. But scoring above 165 can indicate that you have realistic college potential. As a matter of fact, a score between 165 and 174 on a test means that you probably have the ability to begin a college-level education. And with a score above 175, you might even qualify for some college credit.

So, what about other options like joining the Army, Air Force, or Marines? Can you join the military with a GED credential? Yes, it is possible. But the U.S. military services are only allowed to enlist a very small percentage of GED holders each year. As a result, it can be very competitive. You'll increase your odds greatly by earning at least 15 college credits before applying.

Can You Tell Me How to Get a GED?

First, you'll need to check the eligibility requirements in your state. In most states, you need to be at least 17 years of age and not currently enrolled in high school. However, in some states, you might be able to register for GED testing at a younger age if you get the written permission of your parents or legal guardian. So if you meet your state's requirements and still want to know how to get your GED, then the rest of the process usually involves:

You don't have to take all four or five of the tests at once. Instead, you can schedule each of them for different days and times. That way, you don't get overwhelmed.

The GED Testing Service says that the cost for a single test in one subject is usually $40 or less. So it could cost as much as $160 to take all four tests.

Can You Take the GED Test Online?

Unfortunately, no. If you want to know how to get a GED online, then you're out of luck. The only test that is available online is the GED Ready practice test. For the actual GED tests, you will need to take them at an official testing center in your area.

Is the GED Test Hard?

That depends on how well you have prepared. The better you study for your GED tests, the easier they should be for you. Practice tests are available, and you can even find classes that will help you prepare. Plus, you don't have to take all of the tests at once. You can schedule separate testing days for them and leave plenty of time in between each one in order to ensure that you're comfortable with the subject matter.

So how hard is the GED test, really? Well, GED tests are meant to be challenging. And a lot of people believe that the tests got more difficult in 2014 thanks to new standards and a new format. But, again, it all comes down to your preparation and practice. That's where you can make the difference between the tests being difficult for you or passing them with confidence. Put in a lot of effort ahead of time so that actually taking the tests becomes one of the easiest parts of the process.

How Long Does It Take to Get a GED?

For the entire process, the length of time varies for each person. Variables like how much you study in advance and how far apart you schedule your tests will impact the overall time that it takes. When it comes to the actual tests, each one is designed to be completed within a specific amount of time.

So how long does it take to get your GED? It takes almost 7.5 hours of total test-taking time plus however long you choose to study in advance.

Plus, if you end up needing to retake any of the tests, then that will also increase the overall time that it takes. So it's possible to get the whole process completed in only a few weeks. But some people choose to spend as long as a year or more to prepare for the tests.

Why wait any longer to pursue the high school diploma or GED credential that you need? Schools exist that can help adults like you put their lives back on track. Enter your current zip code into the school finder below to discover nearby programs right now!