Do you want to get started in this advantageous field? As an aspiring computer programmer, education is what might propel you into a career that's enjoyable and offers flexibility and a good salary. With proper training and practice, you can pursue opportunities that involve writing and testing code for computer software, networked systems, non-computer electronics, mobile apps, or video games. And the growing need for new and updated computer applications means that your services might stay in strong demand for several years to come.

That's what makes computer programming courses so valuable. They provide a structured way to learn coding skills for important and exciting industries. So take a closer look at the schools offering on-campus or online programs for students in your area. Just type your zip code into the program finder below to see a customized list of options! 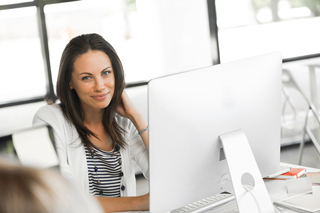 The technology sector is filled with great opportunities for many types of professionals. But people who know how to code are at the very heart of what makes the sector thrive. Computer programmers give machines the ability to carry out the tasks that we expect them to. Without programmers, our computers—along with many other devices—would simply be expensive paperweights. The code is what gives life to our machines.

That's why computer programming is such a compelling and worthwhile field. Coding is essential to our technology-driven way of life. And it provides the chance to build a career in which you can earn excellent pay, attain job security, work from almost anywhere, and enjoy the experience of continuously learning new ways to solve fascinating problems. Some of the best coders even get to enjoy working at Google or other big-name tech companies.

Here are answers to six frequently asked questions that offer a deeper look at what makes a computer programming career worth considering:

1. What Is Computer Programming?

At the most basic level, computer programming is the process of writing and testing the code that tells computers or other machines what to do. Programmers create the source code for software programs and applications that have specific functions. For example, one program might allow people to edit digital photos, whereas another one might enable people to quickly exchange electronic messages.

The variety of different programs that now exists is almost too large to imagine. And the possibilities only keep expanding thanks to the curiosity and inventiveness of great programmers. In fact, it's also impossible to know just how many different computer programming languages there are. Conservative estimates put the number at more than 500.

Programming languages are what programmers use to write source code. Each programming language is made up of distinctive syntax (i.e., the spelling and grammar of words) and semantics (i.e., the meaning of words). Programmers choose which languages to use based on their suitability for particular projects. For instance, one language might allow code to be written quickly, whereas another one might provide more ability to optimize a program for better performance and stability.

Depending on the programming language used for a given project, a programmer may have to use a compiler, which translates the final source code into a simpler binary language that computers or other electronic devices can understand.

2. What Is the Median Computer Programmer Salary?

Being a coder means having the chance to earn great pay. In fact, some coders enjoy jobs that pay 100K or more. So, how much do computer programmers make in America? According to data from the Occupational Employment and Wage Statistics (OEWS) program, the median computer programming salary was $93,000 in 2021.* And the highest-earning coders made over $155,000.

Of course, a coder's salary depends on the amount of experience that he or she has, as well as on the industry they work in. That's why OEWS program data shows that, in 2021, the typical entry-level programmer salary was $47,560 or less. And it's why coders within some industries earned average salaries that were higher than the occupation's overall average.

3. What Do Computer Programmers Do?

The typical computer programmer job description includes the fundamental tasks of writing, updating, testing, and documenting source code based on plans that have been created by software engineers or developers. A software programmer is often responsible for choosing the most appropriate programming languages and coding each project as efficiently as possible. So most programmers today do their coding within an integrated development environment (IDE), which is a special type of software program that contains a source-code editor as well as tools for debugging and automation.

Beyond those main duties, many programmers also have special responsibilities associated with the particular industries that they work in. For instance, a lot of people ask, "What do programmers do when they work for video game developers?" The answer is, it depends.

Most video game programmers specialize in coding customized development tools or specific game aspects. Examples include graphics or automation tools, user interfaces, gameplay physics, and artificial intelligence (i.e., how a game's characters, objects, or environments respond to a player's actions). And lead programmers within the video game industry are typically responsible for supervising one or more teams of coders.

Although many programmers work in offices with other employees, some programmers work on a freelance basis or have the option to telecommute. That means they often get to work from the comfort of their own homes.

4. How Can I Learn Computer Programming?

Some people discover how to become a computer programmer by talking with coders they know. But a lot of coders have taken very unusual routes to where they are. For instance, when trying to figure out what to do with a philosophy degree, some college graduates realize that their education in the humanities provides a great foundation for learning how to code. Of course, it also makes sense to learn about conventional paths to this career before making your first move.

For example, one of the most time-tested ways of entering this field is by going to school for it. There's a lot to be gained by taking a computer science course of study, which will typically include both theoretical and practical training in computer programming. Degree programs offer the benefit of structured guidance and easy access to support and mentoring. And you don't necessarily need a four-year bachelor's degree. Many people can find entry-level roles with associate degrees or career diplomas that take two years or less to earn.

Of course, all kinds of other formal training options exist as well. It's easy to find programs that let you focus on a specialized computer programming major such as software development, video game programming, or web and mobile app development. And online computer programming courses keep multiplying in number, which means that you don't necessarily have to attend a college campus.

Regardless of the path you choose, remember this: Anybody can learn how to code. You just need to follow your enthusiasm and stay committed to the process. Understanding how to become a programmer requires embracing the fact that, like anything, it takes time and practice to become really good at it. Plus, even the best coders always have more that they can learn.

Even if you start by learning one programming language, you'll discover what coding entails and can build from there. Since there are hundreds of different programming languages to choose from, some aspiring coders decide to learn a language that employers widely request. For example, according to Berkeley Extension, in 2020, the most sought-after programming skills were for the following languages:

5. How Can I Advance in a Computer Programming Career? 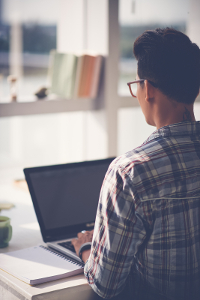 In most cases, all you need is enough experience as an effective computer programmer in order to be considered for more advanced positions. But for certain roles (such as managerial positions), you may also need some of your experience to be from working in a traditional business setting. The most common way to advance is to become a software developer.

Software developers typically specialize in planning, designing, and overseeing the creation of either: (1) applications for computers and devices, or (2) software for the underlying systems that control individual devices or entire networks. They are the creative and technical masterminds behind such programs. OEWS program data shows that software developers earned median salaries of $120,370 in 2021, and the top earners made over $168,000.*

6. Is the Future Bright for Computer Programmers?

Despite growing trends such as SaaS (software as a service) and rising demand for new applications at the mobile and enterprise levels, the outlook for computer programmers is projected to decline. Employment projections from the Bureau of Labor Statistics reveal that from 2021 to 2031, there will be an estimated 10% decrease in jobs for computer programmers.*

Bring Your Own Ambitions to Life

If you can imagine a future as a programmer, then you can take the steps to make it happen. Start by looking into the computer programming schools that offer programs near your home or online.

* Unless otherwise noted, salary information is based on May 2021 data from the Occupational Employment and Wage Statistics (OEWS) program. Job growth and average yearly openings estimates are from the Bureau of Labor Statistics and are for the 2021 to 2031 period.