Create your future in a state that values big ambitions.

Texas trade schools and colleges help students benefit from focused training for some of the region's most reliable and appealing industries. They are well-located to help people to take advantage of this state's increasing number of quality opportunities.

Texas is becoming well-known as a place where aspiring and skilled professionals can live very affordably while enjoying an excellent quality of life. Whether in small towns or energetic cities, the state's residents take pride in their friendly and welcoming communities. That's another part of what makes colleges in Texas such compelling options for enthusiastic students.

So turn your goals into action right now by exploring the following vocational and technical schools. In Texas, your aspirations can become reality sooner than you might imagine.

6 Big Job Sectors in Texas to Consider Training For

The College of Health Care Professions

6 Big Job Sectors in Texas to Consider Training For 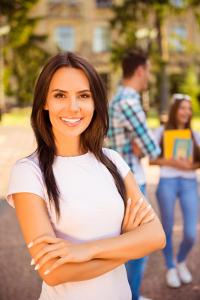 Texas isn't just big geographically. It also has one of America's largest and best performing economies. In fact, the Texas Economic Development Corporation notes that if the Lone Star State were a nation, its economy would be the 10th largest in the world, putting it ahead of countries like Mexico, Australia, and Russia. Over 342,000 jobs were created in the state in 2019 alone.

With so many new opportunities being generated for Texans, it's not surprising that a lot of Americans are choosing to move to this region. According to the U.S. Census Bureau, about 525,000 people migrated from other areas of the U.S. to Texas in 2017. The Lone Star State added more new residents that way than any other state except Florida.

But something else that makes Texas so attractive to career-minded people is that it has no personal state income tax. That means workers in cities like Houston, San Antonio, Dallas, Fort Worth, Austin, and El Paso get to keep more of their paychecks. It's just one of many reasons why the state ranks number two in America for the size of its workforce and number one for the volume of its exports, according to the Texas Economic Development Corporation.

So, will you become a successful contributor in a state that has more than 28 million residents and continues to grow rapidly? Here are six of the best sectors to explore while planning for your future in Texas:

One of the side effects of Texas' fast-growing population is that it increases the demand for healthcare services. That is good news for anyone who aspires to have a meaningful, stable, and good-paying career. Take a look at a few facts that stand out:

2. Energy Production and the Skilled Trades

Texas is one of America's biggest energy-producing states. In fact, it's the leader in crude oil production and refining as well as installed wind power capacity. It even has its own energy grid. And between 2016 and 2026, the Texas Workforce Commission predicts that the state will add more than 9,300 new jobs in the oil and gas extraction sector.

It all equates to a lot of opportunities for people with qualifications in trades like welding, electrical technology, and diesel and industrial repair. Yet many other skilled tradespeople in Texas—such as HVAC technicians and machinists—also benefit from the state's active construction and manufacturing sectors. Check out these facts:

With over 600 miles of coastline, close to 1,000 museums, and countless ways to enjoy nature or cultural entertainment, it's no wonder that Texas is one of the most popular states to visit in America. In fact, the region's tourism industry supports hundreds of thousands of jobs, including in fields as diverse as golf course management and culinary management.

Here's just one example: In 2019, the Texas restaurant industry employed more than 1.3 million people at over 48,000 establishments. And by 2029, those job numbers are projected to rise by more than 15 percent.

Creative and information-based technologies provide the basis for a lot of design and computer-related employment in Texas. Tech-industry numbers from the Texas Economic Development Corporation are impressive:

The State of Texas is known throughout the U.S. for maintaining a strong legal and criminal justice system. So professionals with training in that field can discover plenty of solid opportunities. But Texas also places a big emphasis on supporting the business and financial sector.

In fact, the state has no corporate income tax. That means many top companies are drawn to the state, and they create new jobs. Already, close to 50 Fortune 500 companies do business in Texas. And BLS data indicates that more than 1.8 million people work in the state's business and professional services sector.

NASA's Johnson Space Center in Houston consistently ranks as one of this state's top attractions. But many people don't realize that several other areas of Texas also have well-developed aerospace and aviation industries. More than 130,000 Texans are employed in this sector, and their average annual pay is $95,414.