Colleges and Trade Schools in Houston

Make the most of your future in Houston.

Whether you have been here for many years or are new to the area, one thing is certain, the best way to get ahead in this city is by training at one of the colleges and trade schools in Houston. A higher education will not only help improve your current lifestyle, but will allow you to reach for goals that, until today, may have seemed out of reach.

To get started on a path that could lead to better financial security and a more fulfilled life, feel free to browse through our listing of colleges and vocational schools available in the Houston area or use our zip-code based search tool to easily narrow down the right school for you. Once you have chosen one that fits your requirements, simply fill out a form to ask for any information you may need to get a head start on your new career.

Read more about why Houston is a great place to get an education.

The College of Health Care Professions

Top Reasons to Get an Education in Houston

There are many reasons why getting your education in Houston is not only a viable option, but also a convenient one. Of these, the most important (and logical) one is that you live in the area. But there is much more that makes this city a great place to learn, so let's take a look at why Houston is the place to be. 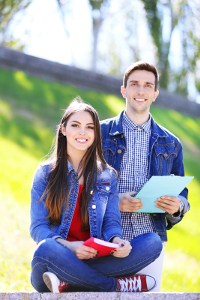 Aside from these facts, Houston is also renowned for its health care system. Transportation is also effective and efficient, making it a viable alternative for those who would rather not make use of a vehicle. And Houston is home to some of the most beautiful parks and recreational areas in Texas, together with a good selection of cultural activities to keep you busy during your free time.

When you take all of this into account, it's easy to see how Houston could be the perfect place to begin working toward your future today. Don't wait any longer, get ahead and request information from a school in Houston right now!