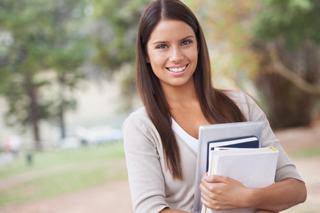 Colleges and trade schools in Florida offer convenient training for some of America's most appealing and reliable career paths.

Just picture the education opportunities in beautiful and entertaining cities that can provide world-class fun and stable employment. That's what you can enjoy when you choose one of these colleges. In Florida, students with real ambition are welcomed and supported. And it's an affordable place to live, learn, and work.

So fulfill more of your goals sooner. Explore your options for making one of these Florida schools a partner in achieving your new start. And if you're looking for a quick way to find schools near you, use your zip code to search right now!

Florida is more than just a popular tourist destination. It is also a land of genuine opportunity for its over 20 million students and residents. In fact, the state's diverse workforce of more than 10 million employed people is the third-largest in America. And according to Enterprise Florida, the state's businesses generate more than $800 billion in GDP, which is greater than that of some entire countries.

It all means that the Sunshine State is a smart region to consider while planning your education and career. Just look at a few more facts:


Of course, it helps to know where a lot of the best opportunities are likely to be in the years ahead. So as you consider your options for moving forward, be sure to explore these seven career areas:

Florida's large variety of industries has generated a vibrant market for professionals with up-to-date skills related to business and finance. It's easy to get a sense of their impact. For example, just consider the contributions of companies within the state that trade their products internationally. Enterprise Florida says that collectively, they traded more than $153 billion worth of goods in 2018.

The Florida Department of Economic Opportunity says that already, upwards of 204,000 Floridians perform some type of accounting or bookkeeping work. And by 2027, more than 748,000 of the state's residents are expected to have careers in office and administrative support, with another 629,550 employed in financial services.

It's no secret that Florida is where many retirees choose to move and call home in their later years. But a large number of the state's existing residents are also approaching retirement. It's all adding up to a major demographic shift that is creating a greater need for skilled medical practitioners and health support professionals. The facts are compelling: 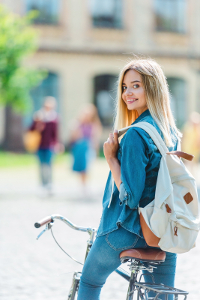 People from all over the world choose Florida as a place to getaway to—for good reason. With more than 1,200 miles of coastline, long stretches of white sandy beaches, thousands of lakes, and the famous Florida Keys, the Sunshine State is a true natural wonder.

But Florida is also a recreational and entertainment powerhouse. For instance, it has more golf courses than any other state. This creates plenty of opportunity for those who choose to get training in golf operations and management.

And major attractions like Walt Disney World, Universal Orlando Resort, and the Kennedy Space Center help draw millions of visitors to the state each year.

In fact, about 125 million people traveled to Florida in 2018. That enabled the state's tourism industry to employ well over one million people.

And, of course, you can't forget about the dining element. Culinary professionals are always in real demand across the state, especially in popular visitor destinations.

A lot of Florida's tourists (and residents) also seek to be pampered with massages, spa treatments, or even just new hairstyles. That's why Department of Economic Opportunity projections show that, by 2027, about 51,500 Floridians will work as hairstylists or cosmetologists.

For a state with so many other things going for it, you might be surprised to learn that this region also plays host to a lot of creative innovation. Enterprise Florida says that roughly 311,800 Floridians work in the broad sector of information technology. They include digital media specialists, programmers, network systems professionals, and web developers.

Plus, by 2027, about 165,000 people could be employed within the category that includes creative pros like 3D artists and animators, graphic designers, audio engineers, and filmmakers. That's according to the Department of Economic Opportunity.

Because Florida has such a large and growing population, the need for professionals with a legal or criminal justice background is significant. Consider, for example, that about 50 state prisons and other facilities already employ around 24,000 people (according to the Florida Department of Corrections). And think about these numbers:

Some of Florida's most compelling industries involve things that fly, go into outer space, or cruise above or below the water. As a result, they employ a lot of tradespeople with distinctive skills. For example, in 2016 alone, the state's aviation and aerospace sector employed almost 94,000 people, including aircraft mechanics, says Enterprise Florida. And with active industries like ocean shipping and shipbuilding, many other opportunities exist for tradesmen and women skilled in unique and exciting areas like commercial diving and underwater welding.