Trade schools and colleges in Alabama specialize in helping students get valuable skills for growing occupational sectors. You can benefit from the state's low housing costs and great affordability while getting the kind of job-focused training that can enable you to achieve many more of your personal and professional ambitions.

Find a College Near Me

What you'll find in this article:

The automotive and aerospace industries are major players in Alabama. Other sectors with promising outlooks include life sciences, logistics, and information technology. 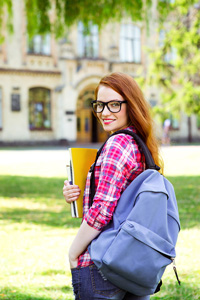 Data from the Alabama Department of Labor shows that these sub-sectors are expected to see the highest rates of job growth between 2016 and 2026:

Other transportation equipment manufacturing (182.1%): The projected growth in the production of components for things like bikes and motorcycles will likely generate opportunities for a wide range of engineers and skilled tradespeople.

Other fabricated metal product manufacturing (64.1%): Shaping or joining pieces of metal to create a variety of end products is a rapidly growing industry in Alabama. Those with the right skills should find their expertise in demand.

Motor vehicle manufacturing (58.3%): Alabama is where many vehicles for Honda, Mercedes-Benz, and Hyundai are produced, and more automakers are expected to join that list.

Other information services (48.2%): The state is projected to see ongoing demand for professionals who are involved in connecting people with information via websites, libraries, and archives.

Aerospace product and parts manufacturing (44.9%): Job openings for workers who specialize in producing engines and other equipment for airplanes and space vehicles will likely multiply in the years ahead.

According to the Economic Development Partnership of Alabama (EDPA), a few other notable industries powering the state's economic growth include:

Chemical production: More than 200 companies throughout Alabama produce everything from antifreeze and auto parts to shampoo and specialty plastics. This industry directly supports over 9,000 jobs, according to EDPA.

Information technology: EDPA says that around 15,000 people work in Alabama's IT sector, supplying critical expertise in areas like data management and software development.

Life sciences: Hundreds of firms in Alabama are involved in health research, medical device development, and pharmaceutical manufacturing. Collectively, they employ close to 48,000 of the state's residents, according to EDPA.

Logistics and distribution: With seven commercial airports, six interstate highways, five major railroads, and an extensive network of waterways, Alabama makes it easy for companies to connect with their customers. In fact, EDPA says firms in the state ship to destinations in over 200 countries.

Career opportunities related to transportation, technology, and health care are on the rise in Alabama. And many well-paying roles are opening up in areas like business, education, and the skilled trades.

The state labor department estimates that the most rapid employment growth between 2016 and 2026 will occur in the occupations below. Unless otherwise noted, average wages are based on Alabama-specific 2019 data from the Bureau of Labor Statistics (BLS).

Transportation inspectors (38.5%): Check vehicles like buses, trains, and airplanes to ensure that they are operating properly and meet safety standards. You'll likely need to have a few years of maintenance experience.

Aircraft mechanics (38.1%): Examine, repair, and maintain the mechanical and electrical systems on airplanes and helicopters. Certification from the Federal Aviation Administration (FAA) is required.

Information security analysts (37%): Implement measures to safeguard an organization's data and develop procedures for dealing with a security breach or other disaster. A bachelor's degree is typically required.

Avionics technicians (37%): Focus on maintaining an aircraft's electronic instruments, such as navigational aids and communication systems. Most techs have associate degrees, and all of them need to be certified by the FAA.

Good-Paying Careers With the Most Yearly Job Openings 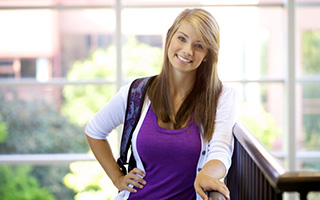 A large number of well-paying positions open up every year in Alabama, but you will likely need some post-secondary training in order to take advantage of them. The following are just a few examples, drawn from state labor department average annual projections for the 2016-to-2026 period and BLS wage data from 2019.

Registered nurses (3,275 yearly openings): Collaborate with doctors in order to treat and support ill and injured people. Once you complete a registered nursing program, you must pass a national exam to become licensed in Alabama.

General and operations managers (2,610 yearly openings): Lead the forward progress of an organization by coordinating the actions of various departments. You'll need to work your way up to this high-level position; you may also need a bachelor's degree.

Elementary school teachers (1,840 yearly openings): Help Alabama's students reach their full potential by providing instruction in a wide range of subject areas. A bachelor's degree and a state license are necessary in order to teach in public schools.

Accountants and auditors (1,735 yearly openings): Record a business's financial transactions and check that all statements and records adhere to governmental regulations. A bachelor's degree is the usual requirement.

Electricians (1,165 yearly openings): Install, troubleshoot, and maintain the essential systems that keep power flowing to homes, schools, hospitals, factories, and other buildings. Most electricians learn the trade by completing an apprenticeship.

Alabama colleges and trade schools feature a variety of vocational training options that help many students move closer to their career goals.

Key Benefits of the Region for College Students

Specific costs vary between institutions and programs throughout Alabama. But according to 2017-18 data from the National Center for Education Statistics (NCES), the average tuition and fees for undergraduate programs at four-year degree-granting schools in the state are:

If you attend a two-year school, you may find that costs are lower.

The same NCES data shows the average on-campus room and board costs as:

FAQs About Being a Student in Alabama

How affordable is it to live in Alabama?

The state's cost of living is significantly lower than the U.S. average, especially when it comes to housing. In Alabama, the average monthly rent for a studio apartment is $591. That's 28 percent lower than the national average. In fact, a HomeSnacks study found that Alabama has some of the cheapest rental costs in the country.

According to Sperling's BestPlaces, the vast majority of state residents get to work by either driving their own vehicles or riding in someone else's car. So it's good to know that the average one-way commute time in Alabama is a little shorter than the U.S. average (24.6 minutes vs. 26.4 minutes).

What other resources are available to students?

The Economic Development Association of Alabama Young Professional Group aims to help those under 40 connect with networking and training opportunities in the state. It hosts a variety of industry tours and socializing events throughout the year.