Give life to your goals in a province recognized for its industrial and cultural vitality. Colleges and trade schools in Ontario are in cities where countless career-seekers have discovered new possibilities and taken advantage of a rich variety of opportunities. Simply put, this region is Canada's commercial heartland. It's a place of energy and growth.

To understand why, all you have to do is look at its size and diversity. According to the Government of Ontario, more than 13.5 million people live here. And they enjoy a large and impressively varied landscape that is bigger than the countries of Spain and France put together. But perhaps the most extraordinary fact is this: Ontarians benefit from a mixture of local industries that, combined, account for 37 percent of the nation's total economic output.

From Toronto to London to Ottawa, and all of the areas that surround them, the people who live, learn, and work here stand apart—for their existing achievements as well as their potential ones. They know what opportunity looks like, and they don't shy away from looking ahead and innovating for the future.

So add your own enthusiastic ambitions to the mix. These vocational schools focus on providing the kind of education that so often leads to genuine career satisfaction. And they welcome the chance to discuss how they can help you. Why not give them a look right now and contact any that you find interesting? 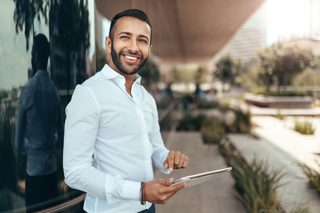 When you start exploring what this province offers, it doesn't take long to realize that a motivated person can find many ways to create a balanced and fulfilling life here.

The fact that so many people choose to call this part of Canada home is evidence of that. But it is the region's employment sectors that make the prospect of going to school and working in Ontario so compelling. Here are six that stand out:

The health care and social assistance industry already employs a lot of Ontarians—about 906,000, according to Statistics Canada. But many employers still need more people with the right qualifications. And that need is expected to increase in the coming years.

Between 2018 and 2046, the province's population of seniors could nearly double. And older patients tend to require a lot more medical attention and personal support. As a result, Ontario is thinking big and planning to reform its health care system in order to address the changing demographics.

Expect new kinds of vocational possibilities to emerge even as demand stays strong in existing areas. And don't forget: Employers in this industry consist of more than just places like hospitals, doctor's office, and research universities. They also now include exciting companies in biotech, drug manufacturing, and medical device innovation.

Around 1.8 million: Statistics Canada says that's how many people the trades-heavy industries employ in Ontario. And you don't have to look far to understand why. A number of the province's urban areas rank among the fastest-growing places in North America.

So, aside from the obvious construction jobs that come with the growth of its cities, the region also boasts thriving sectors in advanced manufacturing (such as for automobiles), resource extraction, and cross-border exports (which requires a lot of skilled transportation workers).

But many employers can't find enough skilled tradespeople to fill their job vacancies. In fact, the skills shortage is so significant that the Ontario government has started a campaign to make young people aware of the many high-paying opportunities in the trades.

Ontario Creates notes that the province is the country's largest centre for film and television production. It also leads the nation in areas like print media publishing and audio recording.

A lot of that is thanks to what happens in the Toronto area. Check out these facts about the great city: 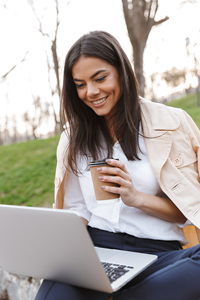 Mobile app creation and digital gaming are big business in Ontario, especially in the Toronto and London areas. And many of the world's most famous technology companies (like Google, Microsoft, Facebook, and IBM, to name a few) have offices here.

The Toronto region alone employs more than 90,000 technology workers. Collectively, they earn over $8 billion each year.

According to the provincial government, about 79 percent of Ontarians are employed in a service sector. Many of the most promising opportunities tend to be found in the business, financial, and legal areas. Consider that, just within Toronto, you can find:

According to the Tourism Industry Association of Ontario, tourism is a $34-billion-plus industry for the province. In 2018, it supplied about 391,000 jobs.

The major cities are a big draw for tourists, but so are the plentiful scenic and outdoor recreational opportunities that are available across different seasons.