What is Technology if Not Change?

What is technology if not change? The electronics sector continues to transform human life as we know it, often in unexpected ways. Can you imagine being without technological advances like computers, television, high-speed Internet, affordable air travel, or (gasp!) smartphones? The future promises to bring us even more revolutionary surprises. That's why tomorrow's electronics jobs will be about one word: adaptation.

"Technology is evolving at breakneck speed," says Colin Simpson, a longtime electronics expert and dean of the Centre for Continuous Learning at George Brown College in Toronto, Canada, "and it is crucial that people in the field of electronics are able to adapt to these changes."

Even seemingly insignificant electronic advances can have far-reaching impacts that affect every corner of our lives, including what we buy, how we make purchases, the medical treatments we receive, the art we create, how we communicate, the science we can conduct, the business we're willing to pursue, and the security we're able to establish. Circuits, transistors, and microchips make modern living possible.

Those with careers in electronics are part of a field that can sometimes be highly unpredictable. Few people know, with absolute certainty, where electronic technology will take us more than a decade from now. There are, however, plenty of exciting clues.

Nanotechnology, for example, could someday make inexpensive, microscopic electronic components possible, which could lead to transformational innovations in healthcare, material science, computing, and many other sectors. And the drive toward ever-more environmentally friendly solutions could, at some point, mean that sustainable electronics are the rule rather than the exception. Still, when (or if) any of that will actually happen remains unclear.

A few trends within the electronics industry, though, are easier to pinpoint. They hold a greater chance of affecting existing electronics professionals, along with anyone who chooses to enter the field, in the near term.

"The impact of more powerful computers, more powerful batteries, and more powerful mobile devices will be significant for the electronics industry," says Simpson. "It will be catastrophic for engineers and technicians who are unprepared for these massive changes in technology."

Electronics jobs—even the basic ones—are growing more complex. "Today, it is not about having good soldering skills," Simpson says. "It is all about being able to effectively analyze a circuit schematic to determine which board needs to be replaced, or to be able to design and build a control circuit for a given application."

To thrive in the coming years, electronics professionals will have to roll with the changes and learn quickly as new trends influence their careers. Two trends in particular are set to transform the world of electronics over the next decade.

This might go down in history as one of the most disruptive new technologies ever developed. It has the chance to radically alter commerce and many other areas of modern life—soon.

Near Field Communication (NFC) is a technology similar to radio-frequency identification (RFID) that is used to create short-range wireless networks. Unlike RFID, however, NFC allows for two-way exchange of data—typically at a range of four centimeters or less between devices or chips. It also requires less power than Bluetooth, and it doesn't require pairing.

NFC is already being integrated into many mobile devices, such as smartphones and tablets. More and more retail merchants will be employing NFC devices that enable you to wave an NFC-equipped mobile phone over them to pay for goods, use electronic coupons, or to extract additional information like special promotions or discounts. It will simplify our transactions.

Beyond commerce, however, NFC may also change the way we interact with the physical environment, such as how we use the controlling functions at home or at work—based on our own preferences (things like lighting, temperature, and background music). NFC has the potential to touch nearly all sectors and areas of life, from identity protection to social networking to healthcare to transportation to entertainment.

"NFC will have a major impact on automation—particularly robots and programmable logic controllers," says Simpson. That's just one reason why this next decade might include a greater rise in robotics and automation than the remarkable growth we've already witnessed.

Sure, the next decade probably won't be exactly like The Jetsons, but automation will, nevertheless, increasingly be part of the mainstream. "Robots that are capable of executing extremely complex algorithms and 'learning' from mistakes will result in rapid evolution of robots," Simpson says, "and by the year 2020, there may well be a robot in every home."

But while automation threatens the livelihoods of more and more workers from across a broad range of sectors, Simpson believes that those with the right skills in electronics stand to benefit handsomely. In fact, he sees the automation sector as offering the most promising career options in electronics.

"The rise of automation has been a boon to electronics engineers and technicians," he says. "Companies in North America must automate or perish. There has been a sustained trend towards automation for the past decade, and it will continue on for at least another decade. A robot costs 60 cents an hour to operate. The robot may replace a manual laborer, but it also creates work for someone to program, maintain, and troubleshoot the robot workstation." 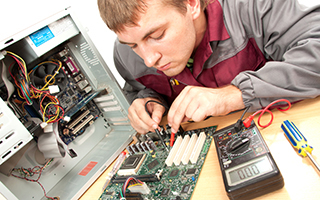 To succeed in the field of electronics, you'll need to master the fundamentals as well as hone your ability to reason through problems and think critically. Technology will continue to change at an astonishing pace. To stay employed, you'd better stay ready to adapt.

"The most important lesson we can teach those who are planning a career in electronics is to be prepared to become a lifelong learner," says Simpson. "Electronics is a continuum, and only through simulation, field education, and study and research will it be possible to remain relevant and useful as an electronics specialist."

With these things in mind, here are a three of the best careers in electronics, now and going forward, that you can get started in with two years or less of post-secondary training:

You could help design electronic hardware while it is still in the research and development phase. Every new gadget, device, and machine begins as a series of prototypes.

Most employers prefer to hire technicians with at least an associate degree in electronic engineering technology. Training can be obtained at a variety of electronics schools. Just be sure you know what you want.

Some programs are designed only to prepare you for an entry-level position, not for further study. If you think you might want to pursue a more advanced degree in this field later on, then you'll want to ensure that the credits you earn from an associate degree program can be carried over to a bachelor's degree program (or beyond) at the same or a different school.

It bears repeating: more and more of the world is becoming automated. This is especially true in the manufacturing sector. But the machines that make it easier for workers to assemble products, or that simply replace workers altogether, still need to be installed, maintained, and repaired. This is where electronics technicians enter the picture.

Electronic control systems are a dominant feature on the floors of most modern factories. And they are getting increasing complex. Technicians that know how to test such equipment and fix challenging problems are indispensable.

Such professionals often must travel to different locations to perform their work directly on the factory floor, while others have the damaged parts brought to them to fix at an on-site repair shop or off-site service center. Electronics technicians are frequently also involved in retrofitting old machines with new control devices and sensors.

Beyond manufacturing, electronics technicians with specialized training can be found working in sectors like fiber optics, communications, power generation (including solar energy and wind energy), and motor vehicle systems.

As with electronics engineering technicians, most employers prefer that potential hires have at least an associate degree in the field.

Because safety is the top priority of the aviation industry, avionics technicians must have the ability to recognize and fix both existing and potential problems with an aircraft's electronic systems. They use special diagnostic software to pinpoint equipment performance issues and malfunctions. And they interpret flight-test data to troubleshoot problems and develop workable solutions.

For serious consideration by employers, you'll want to attend an aviation maintenance technician school that is certified by the Federal Aviation Administration (FAA) and come away with your Airframe and Powerplant (A&P) license. It is also a good idea to earn your General Radiotelephone Operator License (GROL) plus radar endorsement from the Federal Communications Commission (FCC).

With training from one of the many good tech schools in North America, and a commitment to ongoing learning, there is no limit to what you can accomplish in an electronics career. The future is yours for the taking if you pay attention to the trends and stay ready to adapt.

"The electronics industry is constantly evolving and changing, so there is no risk of stagnating or becoming bored if you pursue this field as a career option," says Simpson. "The people you work with in electronics are generally very bright, curious, and innovative, which makes teamwork very enjoyable."

What is technology going to impact next? Start pursuing the electronics jobs of tomorrow and find out! You could soon be helping to surprise the rest of us. 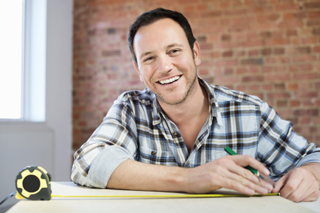 Jobs for People with Disabilities 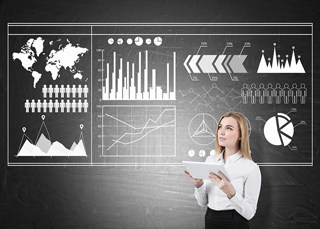