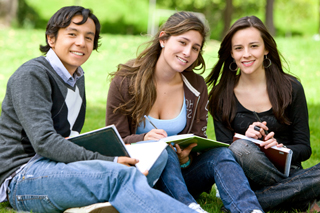 Colleges and Trade Schools in Quebec

Grow your potential in a place where good career prospects are abundant.

Trade schools in Quebec can allow you to get valuable skills training within one of Canada's most vibrant and prosperous provinces. It's a huge region known for producing incredibly varied opportunities.

Just consider the expansive economy: It's one of the most diversified in Canada. And it's big. In fact, it includes more than 268,000 businesses that have employees. That makes it the province with the second-highest number of employee businesses in the country.

Because Quebec supports their efforts in developing true innovations for the global market, many exciting companies gravitate to the province. In total, they generate $89.9 billion in exports across an impressive variety of industries.

That kind of economic output means there are a lot of possibilities for motivated graduates of Quebec colleges. And with world-class and culturally distinctive cities like Montreal to explore, it's easy to stay inspired. Quebecers are proud of the region's unique heritage and progressive outlook.

So heighten your career potential in a location that supports many fascinating vocational options. Check out the following schools in Quebec right now, and remember to send a quick information request to any that spark your interest.

6 of Quebec's Most Active and Promising Vocational Sectors

6 of Quebec's Most Active and Promising Vocational Sectors 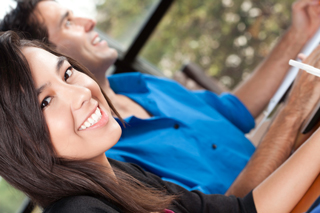 As Canada's largest province (geographically speaking), Quebec is able to take advantage of vast natural resources. For example, hydro-electric power provides 99 percent of all energy in the province. It's clean and low-cost, which helps attract and sustain many different kinds of industries.

The result is that career-seekers often discover lots of fascinating job opportunities in sectors such as:

Quebec has developed an international reputation for being a hub of talent in the video game, visual effects, and interactive media sectors. Here are some interesting facts from Investissement Quebec:

Every region in Canada is facing a growing population of aging individuals who will require extra care in the years ahead. But, as a province with about eight million residents, Quebec has an especially big challenge. For people looking to get into stable and fulfilling careers, that means opportunity.

But looking after its residents' physical health isn't all that the province is focused on. It also pays special attention to ensuring that people with mental health issues, developmental disorders, and addictions have access to the care they need.

And here's another thing that makes Quebec such a compelling place to work for health and social care professionals: The success of closely related industries that are consistently coming up with exciting new breakthroughs. Investissement Quebec says that more than 450 companies are involved in developing advancements in areas like biotechnology and pharmaceuticals.

This is an especially large segment of Quebec's economy. Tradesmen and women in service-producing occupations account for millions of the province's workers. Automotive mechanics, chefs, and beauty professionals are just a few examples.

For people in the automotive service trade, Quebec is a particularly interesting place to work because of the large ground transportation industry. According to Investissement Quebec, about 620 companies related to the industry call the province home. They employ more than 32,000 people and specialize in everything from specialty and recreational cars and trucks to electric buses and innovative commercial vehicles. Some even design advanced systems for rail transit. 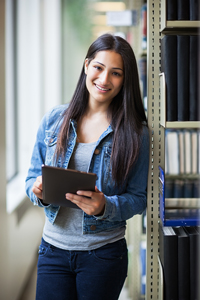 Quebec has attracted several major players in the high-tech industry. In fact, the information and communications technology sectors collectively employ about 210,000 people within the province, according to Investissement Quebec. And they generate billions of dollars in revenues.

Networked computer systems and advanced applications are used throughout almost every industry. So the demand for specialists who know how to install and manage that technology stays pretty consistent. Plus, Quebec continues to dedicate a lot of resources toward helping companies grow their research and development efforts, meaning new positions could keep being created.

With so much diverse economic activity within the province, the need for financial, legal, and other support professionals always remains strong. As a matter of fact, over 251,000 Quebecers work in the finance, insurance, leasing, and real estate industries, according to Statistics Canada. And numerous other sectors rely on a vast variety of professional services like design, administrative management, and paralegal assistance.

This is easily one of the most fascinating employment sectors in Quebec. The Canadian Space Agency's headquarters is located within the province. And the city of Montreal is considered one of the world's top three hubs for aeronautics. Major companies like Bombardier and Pratt & Whitney produce and export private and commercial aircraft. Together with a range of other leading companies, they generated over $14.4 billion in sales in 2017, says Investissement Quebec. They are involved in everything from plane and helicopter manufacturing to engine design to flight simulation training.