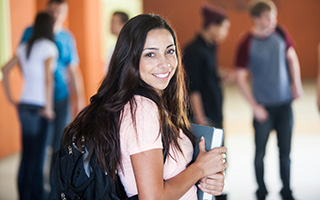 Like many people, you probably want to develop market-ready skills for today's economy. After all, a lot of industries are on the rise in West Virginia. Colleges throughout the state offer focused programs for exactly that purpose in areas such as technology, health care, and business. It's the type of education that many employers admire. And options exist in smaller cities like Parkersburg and Morgantown as well as in larger places like the Charleston and Huntington areas. So start boosting your career opportunities right now. Enter your zip code below to see colleges and trade schools in West Virginia that can help your career get going!

West Virginia offers much more than historic communities, excellent outdoor recreation, and the scenic appeal of the Appalachian Mountains, rivers, and other places of beauty. This Mid-Atlantic state is also one of America's most affordable places to build a future. And it supports many industries that provide meaningful and reliable career opportunities to people who have the appropriate qualifications. Look at some of the facts: 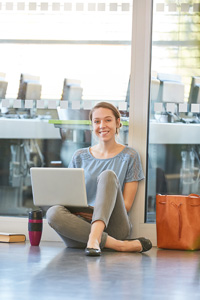 So how can you take advantage of the possibilities being generated? Start by exploring a few of West Virginia's top occupational sectors, which include:

Like in most other states, the health care sector in West Virginia keeps growing. As a result, few other vocational categories offer as much career potential as this one. One large reason for this sector's growth is the aging population. But growth is also driven by factors such as new advances in areas like biomedical technology as well as greater access to health insurance by more people because of the federal Affordable Care Act. Check out the following facts:

West Virginia's extensive and diverse manufacturing and energy resource industries support thousands of jobs throughout the state. But they aren't all related to the skilled trades. Rather, many of the best opportunities are for people with high-tech skills in areas like computer-aided drafting and electrical and industrial engineering technology. And you can even find a growing number of jobs related to fields like software development and computer network administration. Look at the following facts:

West Virginia's cities offer vibrant downtowns, friendly people, low housing costs, and relatively easy commutes. As a result, many good businesses choose to operate within the state, and they employ all kinds of office professionals, from managers to accounting and administrative specialists. For instance, Kanawha County, which is home to the city of Charleston, has almost 6,000 businesses alone, notes the Charleston Area Alliance. And data from WorkForce West Virginia indicates that statewide, more than 5,500 new jobs in the category of administrative and support services are projected to be generated from 2012 to 2022—an increase of over 39 percent.

Ready to Take Charge of Your Future?

Discover how you can start taking advantage of this state's promising vocational opportunities. Begin by finding the West Virginia trade schools and colleges that can assist you with moving forward. Just conduct a fast search using your zip code to generate a variety of nearby training programs!