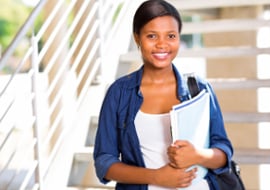 Colleges in Richmond, VA can help you cultivate new opportunities for yourself.

Career-focused training offers several ways to begin establishing your professional future in a stable and enjoyable vocation. And convenient and diverse program options enable you to choose an educational path that fits well with your individual ambitions and current lifestyle.

Plus, it's hard to beat the location. Career colleges and trade schools in Richmond, VA are part of a progressive city that's often cited as one of America's best places to live and work. It's a beautiful region full of creative and driven people who value fresh enthusiasm. And it's a place where you're never far from terrific recreational or cultural possibilities.

So let your aspirations grow into the life you really want. Explore the Richmond colleges and technical schools shown below. Or search for the closest options by using your zip code! 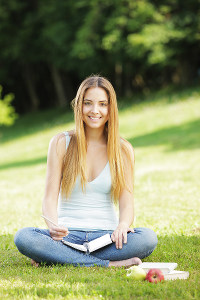 As one of the most appealing cities in the eastern U.S., Richmond is home to many top companies and innovative employers. According to the city's Department of Economic and Community Development (ECD), the region has been a major center of commerce for more than 300 years. And its potential only continues to grow.

The Greater Richmond Partnership (GRP) says that the metro area, which includes surrounding cities like Chesterfield, Hanover, and Henrico, already has a population of over 964,000 people. But within the city of Richmond alone, the number of residents is expected to rise by nearly 5.7 percent between 2014 and 2019. A lot of that increase will likely be due to the fact that this region keeps building upon its existing prosperity without sacrificing the lifestyle amenities that make it so special.

Just imagine going to school and beginning your career in a place where, according to GRP, the average commute time is less than 25 minutes and the median household income is over nine percent above the national average. That's the opportunity now open to you.

As a career-oriented student in Richmond, some of the best sectors to look into include:

Richmond's health, medical, and social assistance sector is incredibly vibrant. The GRP says that in 2013, it represented the metro area's largest job category with nearly 89,770 workers. In part, that's because the region has several good employers within the sector, including more than 25 hospitals and a biotechnology research park with over 60 companies and medical laboratories, according to ECD.

Over the years, many successful businesses have chosen to locate their corporate headquarters in Richmond. ECD says that within the financial services industry alone, more than 600 companies employ thousands of Virginians. The region's insurance industry is made up of more than 100 companies. And the Richmond area has the highest concentration of law firms in the state.

For those who are technically inclined, Richmond offers a sizeable and diverse technology sector. According to ECD, it includes more than 450 companies in advanced manufacturing and more than 200 engineering and architectural firms, many of which are recognized at the national level. Plus, this region is emerging as a significant player in green technology. And it is seen as a great location for data-hosting centers due to its reliable fiber network and power sources.

The City of Richmond says that, with about five million visitors a year, the region is an attractive destination for people who enjoy the amenities of a modern city that still retains the charm of its rich cultural heritage. And a major part of that appeal is sustained by the city's nationally recognized culinary scene, which includes more than 550 restaurants serving almost every kind of cuisine, according to ECD. Plus, many tourists enjoy additional amenities such as massage therapy or cosmetology services during their stays.