Trade schools and colleges in South Dakota offer many options for attaining new skills that lead to better opportunities.

Have you learned about the advantages of expanding your potential through career-directed training? Every day, countless adults are improving their lives through this type of education. Across South Dakota, colleges and vocational schools are making it possible to develop industry-ready credentials quickly and conveniently. And their programs are often flexible enough that you can fit your classes into a schedule that works for you. So take a closer look at what a truly practical South Dakota education might mean for your future. Put your zip code into the following school finder to easily explore nearby programs!

Why South Dakota Schools Are Part of a Successful Region: 3 Student-Friendly Benefits

Why South Dakota Schools Are Part of a Successful Region: 3 Student-Friendly Benefits 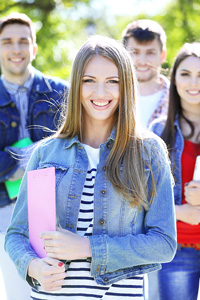 It doesn't take long to realize that South Dakota is special. With fewer than a million residents, this state might be considered small. But the people here have turned the region's size into a major strength. In fact, it would be hard to find another state where collaboration, kindness, and honest work are valued as much as they are here. The region simply has a character that invites success.

That's why the South Dakota Department of Labor and Regulation expects the state's population to grow by 10 percent between 2020 and 2035. South Dakotans are building upon their successes and creating a prosperous future that a lot of people want to be part of. Throughout South Dakota, colleges and universities (including career-oriented trade schools) are helping the next generation of professionals prepare for that future.

Will you be one of those people? As you explore that possibility, think about a few of the greatest advantages of getting your education here. Students and graduates of schools in South Dakota frequently benefit from:

1. An Affordable and Appealing Quality of Life

South Dakotans are proud of their communities. From Rapid City to Watertown to Sioux Falls, people get to enjoy convenient urban amenities while still living in places that retain a small-town feel. As a matter of fact, the average commute time is under 17 minutes—the shortest in the nation.

Plus, scenic beauty is all around. You never have to go far to take advantage of amazing outdoor recreational opportunities such as hiking, camping, or watersports when you're away from class or not at work. The hiking trails alone total hundreds of miles throughout the state.

And you can't beat the cost of living, which is lower than the nationwide average. That means you get to keep more of the money you earn. South Dakota doesn't even have a personal state income tax.

The state's economy continues to move forward thanks to a wide-ranging industrial base. As a result, anyone looking to establish a stable or profitable career can find great vocational sectors in South Dakota that are worth training for. Consider the following examples:

The South Dakota Department of Labor and Regulation says that between 2016 and 2026, more than 33,000 job openings are expected to be generated throughout this state. And many of those jobs will be in the career sectors mentioned above. Of course, it's also possible to get practical training for many other strong industries in South Dakota. Law enforcement training, as just one example, is often available through criminal justice programs.

Check out the projected rates of employment growth for these important and satisfying occupations over the decade from 2016 to 2026:

Position Yourself for Greater Success

Your biggest achievements are still ahead of you. So use this opportunity to begin making them a reality. Discover a nearby trade school or vocational college in South Dakota right now by entering your zip code in the program finder below!