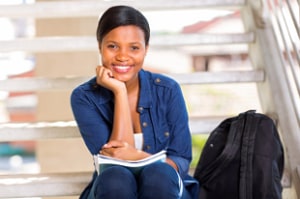 Vocational and trade schools in PA can give you a convenient and thorough education so you can start creating your own success story.

Maybe you have your eye on a certain career path and want to look into options which can span from health care training to cosmetology school, or another area like skilled trades, art and design, culinary arts, business, criminal justice, or information technology. Or maybe you want to improve your current skill set. Either way, you can learn valuable lessons from some of the most experienced professionals in the entire state.

So jump on the educational opportunities offered at these technical and trade schools in PA, and request more information right now about their training programs, tuition costs, and class availability. Or put your zip code into our search tool to find the trade and technical schools in PA that are closest to you! 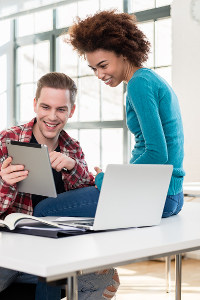 Most Americans are aware of Pennsylvania's rich historical importance. But a lot of people might not know just how significant the state's economy is to the nation today. At the end of 2019, Forbes described the state as having the sixth-largest economy in the U.S.

Plus, this state—officially called the Commonwealth—also has a steadily growing population, which is helping to fuel new opportunities for all kinds of existing and aspiring professionals. In fact, a Center for Rural Pennsylvania report shows that between 2010 and 2040, Pennsylvania could see more than an 11-percent increase in its number of residents—from about 12.7 million to roughly 14.1 million. That's one reason why the Pennsylvania Department of Labor & Industry's Center for Workforce Information & Analysis (CWIA) predicts a possible 5.5-percent increase in the number of Pennsylvanians holding jobs between 2016 and 2026.

Of course, more and more, the available jobs require some type of post-secondary training. Many PA schools know this, which is why they offer programs that are directly targeted at helping students enter in-demand fields with the skills to perform on day one. They are also easy to find. Career and technical schools in PA are located across the state, from Philadelphia to Pittsburgh and from York to Scranton.

So while you think about what type of vocational program you'd like to pursue in Pennsylvania, have a look at these promising sectors.

Unless otherwise noted, information on current employment numbers and projected job openings is based on information from the CWIA.

Manufacturing has been one of Pennsylvania's major industries for a long time. And the sector continues to thrive, with more than 18,900 manufacturing businesses located in the state, according to the Pennsylvania Department of Community and Economic Development. But energy production, especially natural gas extraction, has emerged as another important sector. Together, these two industries employ many thousands of skilled tradesmen and women. Yet, they don't even account for the whole picture. Check out these statistics for the period between 2016 and 2026:

Like so many other places in America, Pennsylvania is experiencing changes in its population demographics as baby boomers become seniors. The numbers tell the story: Between 2010 and 2040, the number of Pennsylvanians aged 65 to 69 is expected to rise by almost 22 percent. But the rate of growth gets even higher in the older-age brackets. For instance, the population of those aged 75 to 79 will likely grow by 91.6 percent. And the number of residents aged 85 and older may almost double with a growth rate of 98.4 percent. Those numbers come from the Center for Rural Pennsylvania report.

Of course, seniors are not the only users of the healthcare system. But in many areas, they do account for the largest group. And that means all kinds of employers related to health, medical, and social services are increasingly in need of additional workers with the right qualifications to fill demand. Just have a look at some of the facts:

The Cyberstates guide to the U.S. tech sector ranks Pennsylvania as sixth in the U.S. for the number of professionals employed in high-tech industries. In fact, about 445,168 of the state's residents work at over 17,800 technology-focused establishments.

Plus, new opportunities continue to be generated. From 2016 to 2026, employment of computer professionals within the state is projected to rise by over 10 percent. And, annually, a total of about 6,150 openings might be created for computer programmers, network support specialists, software developers, and systems analysts.

Office and administrative support workers—more than 965,500 of them—represent one of the largest segments of employed people in the state. Their roles range from administrative support to management and leadership. And many of them enjoy the stability that comes from being part of a growing sector of the economy.

Annually, almost 28,600 openings may occur in the years between 2016 and 2026 for Pennsylvania jobs related to business and financial operations—including almost 6,950 for bookkeeping and accounting clerks. And when it comes to the legal sector, the numbers are just as compelling. Between 2016 and 2026, the employment of paralegals and legal assistants is expected to increase by almost 15 percent.

Film is emerging as one of Pennsylvania's most intriguing industries thanks in part to state tax credits and the region's distinctive mix of urban environments, natural wilderness, and rural settings. As a result, fresh opportunities are being created for all kinds of creative and technical professionals like multimedia artists, animators, and audio technicians. In fact, from 2018 to 2019, production spending on films, TV shows, commercials, and similar projects totaled over $2.94 billion in Pennsylvania, according to a report from the Department of Community and Economic Development.

And talented creative workers outside of the film industry can also find good employment in Pennsylvania. For example, the number of employed graphic designers in the state is projected to grow by about 1,034 per year between 2016 and 2026.

With a diverse combination of big and small towns, scenic forests, and world-class cultural venues, Pennsylvania has a unique charm that's prized by tourists. In fact, the Department of Community and Economic Development has found that tourism contributes about $41 billion to the state's economy, generating more than 490,000 jobs in the sector.

History buffs visit the state for its many meaningful attractions. In Philadelphia, they can see the Liberty Bell and explore where the Declaration of Independence was signed. And other attractions of great historical significance across the state include places such as Gettysburg National Military Park, Valley Forge, and Strasburg. Some visitors even make a point of seeing how the Amish live up close.

Of course, food is always on the agenda of most tourists. So, when you combine the dining out demands of both visitors and residents, it's no surprise that 498,670 people were employed as chefs or other food service workers in Pennsylvania in 2016.

As the state's population grows, so does the demand for personal care services. This seems to be especially true when it comes to people seeking out the services of personal appearance workers such as cosmetologists and estheticians. In fact, the number of Pennsylvanians employed in that category is projected to increase by about 10.5 percent from 2016 to 2026.