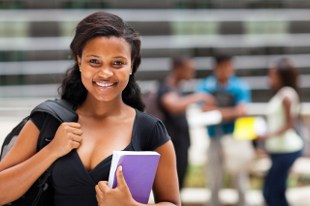 New beginnings. Philly is known for them. That's why trade schools in Philadelphia, Pennsylvania so often enable students like you to stay inspired while undertaking innovative career training.

Philadelphia's history is epic. And even today, it's a place where visionaries gather. In fact, it's the economic heart of Pennsylvania, attracting all types of artists, employers, and opportunity-driven individuals.

Trade schools in Philadelphia put you close to world-class museums, expansive outdoor parks, plentiful amounts of public art, and uplifting monuments. When you're surrounded by such inspiring settings, it's easy to stay open to your own job possibilities—and to go after them with vigor.

So declare your new beginning and get training to become a sought-after professional.

Find a career-oriented school in Philadelphia where you can match your energy and determination with a program designed to help you bring your personal vision of success to life.

Why Philadelphia Is a Beacon of Opportunity for Career-Minded Students: 5 Big Reasons

Why Philadelphia Is a Beacon of Opportunity for Career-Minded Students: 5 Big Reasons 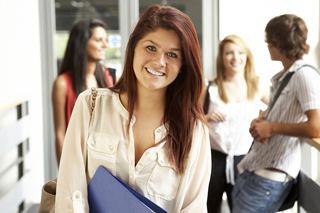 Known around the world as "Philly" and "The City of Brotherly Love and Sisterly Affection," Philadelphia remains one of the most recognized and celebrated places in America. And it deserves the attention. After all, it's a city that mixes an astonishing array of cultural benefits with plenty of remarkable opportunities for professional growth.

So is it any wonder that a lot of students from the Northeast—and from across the rest of the country—flock to this famous city? They come to pursue all kinds of post-secondary education so that they can grow as people and build richer, more vibrant lives.

In fact, that's why many students seek out career-training programs from some of the top vocational institutes and trade schools in Philadelphia. They understand that practical, skills-driven learning often results in better outcomes, especially during the earliest stages of their career development.

Of course, every student has his or her own reasons for going to school in Philadelphia. Here are five of the most popular ones:

1. Big-City Amenities Without the High Cost

Philadelphia offers nearly all of the same types of world-class dining, cultural, entertainment, and lifestyle options as New York City. The difference is that Philly tends to offer all of those things at a lower cost of living than other major metropolitan regions of its size. For example, the median home price in Philadelphia is $166,200, which is significantly lower than the national average of $217,600.

That's great news for anyone hoping to live affordably while attending school, establishing a career, and enjoying the fun perks that come with being in a world-renowned city.

2. Ease and Enjoyment of Getting Around

In Philly, it's pretty easy to get by without a car. One reason why is that the city is home to an award-winning public-transportation system that operates almost every type of transit service. The Southeastern Pennsylvania Transportation Authority (SEPTA) offers convenient and affordable access to buses, trolleys, subways, light-rail transit, elevated rapid-transit trains, and regional commuter trains.

But Philly is also one of the most walkable and bicycle-friendly cities in the nation. Some Philadelphia trade schools and career-training facilities are even close to urban parks that help provide pleasant commutes for student pedestrians and cyclists. In fact, according to the Select Greater Philadelphia Council, the city's urban park system is the biggest in the world. And the city has created more than 400 miles of bicycle lanes.

When career-minded students come to Philly for post-secondary vocational training, they also frequently get to interact with students from other types of schools. For example, the Select Greater Philadelphia Council notes that there are more than 100 degree-granting universities and colleges in Philadelphia and the surrounding metropolitan area. That means there are countless interactions every day between all kinds of motivated and forward-looking people in this region.

The result is that this city often has a thrilling atmosphere of positive potential and possibilities. And you don't even need to attend one of the traditional Philadelphia colleges or universities in order to experience it. You can go to a career-oriented vocational school and still enjoy the vibrant excitement that comes with getting to help shape a better future.

4. A Wide, Appealing Range of Industries

Philadelphians get to benefit from a truly diversified economy that is driven by many fascinating and growing industries. So, just like other great cities in North America, Philly enables qualified people to build successful careers in a large variety of occupational areas. Some of the most compelling sectors include:

The Select Greater Philadelphia Council points out that Greater Philadelphia already has the seventh-highest level of employment in America among large metropolitan areas. But many different kinds of vocations are projected to enjoy even higher levels of employment going forward. For example, look at the expected rates of job growth for the following vocations in the Philadelphia-Camden-Wilmington area between 2016 and 2026, according to the Pennsylvania Department of Labor & Industry:

Start Shaping Your Own Future

Will you be able to grab tomorrow's opportunities? With relevant training, you can greatly improve your prospects. So don't hesitate to discover vocational institutes and trade schools in Philadelphia where you can start realizing your aspirations. Put your zip code into the school finder below to explore nearby programs right now!