Trade Schools and Colleges in Oklahoma 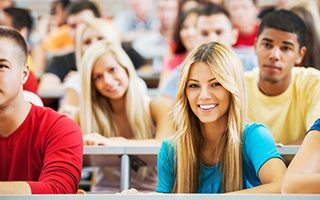 Colleges in Oklahoma can help you get further ahead in a state with growing opportunities.

These training schools make it possible to learn marketable vocational skills for many of this region's brightest occupational sectors. Their focused programs are offered in some of America's most friendly, convenient, and affordable locations. And they often make a point of putting your professional ambitions first.

Why consider anything else? Oklahoma colleges and career schools simply provide a lot of powerful educational options that can put you on a more direct path toward the future you're striving for. Plus, it's hard to beat the many advantages you can experience by going to school in a vibrant city like Tulsa, Oklahoma City, or Lawton. From a low cost of living to a high quality of life, this state offers plenty of potential benefits.

So discover the interesting possibilities featured at the following career, technical, and trade schools in Oklahoma. Or explore the programs closest to you by searching with your zip code!

5 of Oklahoma's Most Compelling Job Sectors

5 of Oklahoma's Most Compelling Job Sectors

Oklahoma is known for having a lot of welcoming and down-to-earth people. But this state is also quickly coming to be recognized as a place of abundant opportunity and fascinating industries. As a result, it's a region of high growth—in population, economic prosperity, and livability. For instance, look at these numbers: 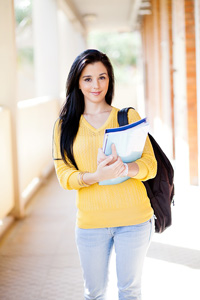 When it comes to good career areas to pursue in this state, these five stand out as being particularly intriguing:

With its open skies, central location, and vibrant aviation history, Oklahoma is a major hub of aerospace activities. In fact, statewide, over 120,000 people are employed by this industry, which is made up of more than 500 companies that specialize in everything from flight training to aircraft maintenance to avionics technology to aviation manufacturing.*

In the greater Oklahoma City area alone, more than 230 aerospace-related firms provide jobs to roughly 36,600 people, including a large number of aircraft mechanics and avionics technicians.*** And in Tulsa, more than 14,000 people are employed by over 70 aerospace-related companies, including major airlines with big maintenance and repair facilities.**

As Oklahoma's population grows, so does the demand for qualified healthcare workers. It's a fact that is especially true when it comes to caring for the state's seniors, which are expected to go from representing 13.5 percent of the region's population in 2010 to almost 20 percent by 2075.*

Of course, Oklahoma already has several major hospitals and medical centers employing thousands of skilled professionals. But the area of outpatient medical care is projected to see one of the largest rates of employment growth—over 37.5 percent between 2012 and 2022.****

The energy sector, particularly oil production, has been one of the major driving forces of Oklahoma's economy for a long time. But it's an area that continues to become more diversified and more sustainable. And it has a big impact on the success of related industries such as machinery manufacturing and construction, along with many of the occupations and skilled trades associated with them. (Examples include wind energy technicians, electricians, drafters, industrial engineering technicians, and HVAC mechanics.)

These facts help illustrate the scale of the opportunities in this large career category:

Since Oklahoma plays host to a wide variety of industries, significant demand exists for professionals with good business knowledge and skills in areas like management, accounting, design, and computer and network technology. More than 70 robust data centers operate within the state, which shows the large presence of the information technology sector.* And the business and finance sectors consist of almost every size of organization, including small businesses. Over 55,000 jobs are supported by the small business sector in the city of Tulsa alone.**

The number of people visiting this state continues to grow, especially in larger areas like Oklahoma City. Combined with the overall growth of the region's population, it's a trend that is contributing to a rising demand for culinary and hospitality professionals. As just one example, the employment of restaurant cooks in the state is projected to rise by almost 22 percent from 2012 to 2022.****

Make a Move Toward Your Future Right Now

Colleges in Oklahoma can give you the tools you need to make the most of this state's promising vocational opportunities. Get your start right now by finding programs near you!