Why are Nevada colleges and trade schools worth exploring more closely? One word: opportunities.

From Reno in the north to Las Vegas in the south, this state continues to offer good possibilities for adult learners and career seekers. In fact, a lot of people now get job-ready training from vocational colleges, technical institutes, and trade schools in Nevada. (Universities aren't the only options.) As a result, more and more people are boosting their potential to create extraordinary lives in this warm and scenic part of the country by completing programs that are fast, relevant, practical, and not just focused on traditional academics. What does your own future hold? Will you be an in-demand professional in one of Nevada's dazzling cities? Or will you take advantage of new skills that allow you to work from a more tranquil location in the quiet and beautiful desert? Whatever your ambition, many on-campus and online schools in Nevada exist to help you achieve it.

Discover nearby options right now by using the school finder below to perform a quick search based on your current zip code!

Nevada Careers & Opportunities: Sectors to Keep Your Eye On

Nevada Careers & Opportunities: 3 Great Sectors to Keep Your Eye On

Every day, more people are discovering what it's like to learn, live, and work in Nevada (NV). Trade schools and career-focused colleges in the state's largest cities are making it possible to quickly attain employer-valued abilities that often serve as a foundation for successful and enriching professional lives.

That kind of steady population growth is usually a result of a strong and diverse economy, which Nevada definitely has. But it's also a result of other features. For example, Nevadans don't have to pay any state income tax. And the region is full of affordable housing options, great cultural and entertainment activities, and mesmerizing spots for outdoor recreation.

In terms of career opportunities, Nevada offers plenty of variety. Three of the most appealing sectors include:

The region is a hugely popular tourist destination. According to TravelNevada, more than 55 million people visited Nevada in 2015 alone. As a result, the travel industry supports roughly 30 percent of all jobs in the state. And it's easy to see why.

Start with Las Vegas. The city is well known as one of the top entertainment destinations in the world. After all, residents and visitors alike have access to Broadway-quality shows, bustling casinos, concerts by nearly all of the biggest acts, restaurants owned by famous chefs, superb shopping outlets, and several other unique and tempting diversions. Plus, many of the city's hotels are larger-than-life works of art.

In the state's northwest region, the cities of Reno and Sparks offer their own fun entertainment options as well as quick access to amazing recreational areas such as Lake Tahoe, which offers skiing and boating opportunities. And the rest of the state offers a variety of awe-inspiring natural parks and wilderness areas.

All of those attractions help support the ambitions of students who attend vocational institutes in areas like Reno or trade schools in Las Vegas. Nevada simply attracts people who want to have fun or experience more joyful and enriching connections with nature or other people. And the variety of occupations that the tourism and entertainment sectors support is truly compelling.

For example, many Nevadans have good jobs in the culinary industry. In fact, according to the Nevada Department of Employment, Training, and Rehabilitation (DETR), more than 86,400 job openings related to preparing and serving food could become available in this state between 2012 and 2022—more job openings than any other occupational area. And many other residents of this state have successful careers related to areas like art and music, spa and beauty services, video and photography services, security services, and even professional design and multimedia services. Check out the rates of employment growth that the DETR projects for the following occupations from 2012 to 2022:

Nevada consistently ranks as one of the top states in the nation for business startups. Plus, its technology sector encompasses a wide range of industries. Check out these facts from the Nevada Governor's Office of Economic Development: More than 55,000 Nevadans were employed in the information technology industry in 2015. In addition, the state's renewable energy industry employed about 25,600 people who helped make Nevada a national leader in geothermal and solar energy. And the region continues to be home to many technology-driven businesses in the aerospace and defense industries.

Together, the region's business and technology sectors provide a large and appealing variety of good-paying vocational opportunities. That's why Nevada trade schools and career colleges are popular with a lot of adults who want the chance to take advantage of what those sectors have to offer.

The DETR says that between 2012 and 2022, about 58,770 total job openings could be generated in Nevada in the occupational area of office and administrative support. And another 51,810 openings could become available in the area of sales-related occupations. Plus, look at the rates of job growth for the following business- and technology-related vocations over that same decade: 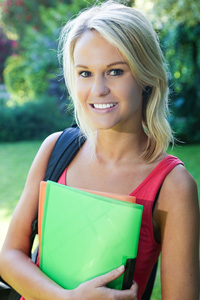 According to the Nevada Governor's Office of Economic Development, more than 100,000 Nevadans were employed in the health care sector in 2015. That represents about eight percent of all jobs in the state. Plus, southern Nevada alone is home to about 27 skilled nursing facilities, 26 centers for diagnostic imaging, and 17 hospitals for acute care.

Simply put, this state is well-equipped with advanced centers for medical research and clinical treatment. And there are also quite a few medical, dental, nursing, and pharmacy schools in Nevada. Plus, employment in this sector is expected to keep growing. In fact, from 2012 to 2022, the number of jobs in Nevada's health care and social assistance sector could rise by 17 percent, according to the DETR. And take a look at the projected rates of job growth for the following health-related occupations over those years:

No list of colleges and universities in Nevada is complete without career-oriented trade schools and technical institutes. After all, they can help you quickly attain the skills that are necessary for taking advantage of this state's growing opportunities. Generate a selection of nearby Nevada colleges and vocational schools right now by entering your zip code into the program finder below!