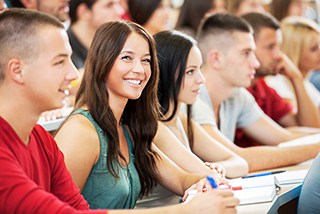 Choose from Nebraska trade schools and colleges in America's heartland to begin transforming your life in ways you never thought possible.

Nebraska is an outdoor paradise that offers expansive views across the Great Plains and Sandhills, along with some of the most breathtaking sunsets you'll ever see. The Cornhusker State certainly is an ideal place to live and learn. Many ambitious individuals like you have attended Nebraska colleges and trade schools to begin expanding their vocational talents.

With diverse industries, affordable housing, and some of the friendliest people around, it's no surprise that you want to attend one of the trade schools or colleges in Nebraska. So go ahead and find out which schools are near you. Simply enter your zip code below and discover the path to a new life!

Trade Schools in Nebraska: 5 Reasons Why Training and Working Here Is a Smart Choice

Trade Schools in Nebraska: 5 Reasons Why Training and Working Here Is a Smart Choice

Nebraska is a great place to plant your roots. You can attain a quality education that could help lead you to many promising and exciting career opportunities, all without having to leave the state. So take a moment to discover the reasons why so many people choose Nebraska trade schools and colleges to get the skills that they need for the future. You may be surprised by what you learn about this Midwest state!

1. It's Home to Fortune 500 Companies & Other Major Corporations

When you consider attending a Nebraska college or university, you probably want to have a good idea of what kinds of job opportunities could be available once your training is complete. You'll be happy to know that Nebraska fares quite well in this respect. You likely know that Warren Buffett is a fellow Nebraskan, and the multibillionaire's corporate empire, Berkshire Hathaway, is headquartered out of Omaha. And it is not the only Fortune 500 company that calls Omaha home. Others include ConAgra, Kiewit Corp, Mutual of Omaha, and Union Pacific Railroad. Additionally, specialty retailer Cabela's is headquartered out of Sidney, and national hobby and toy store HobbyTown USA is based out of Lincoln.

Some of the other large employers in the state include:

These organizations—along with the thousands of others that help make Nebraska so great—regularly recruit talented individuals to work at their firms. They include business, engineering, healthcare, and information technology professionals. And there are plenty of Nebraska colleges and universities that can help you start developing the talent that gets you noticed.

2. There Are Many Strong and Growing Industries

Although Nebraska's roots are in agriculture, the state has developed a modern and diversified economy. Take a closer look at some of the state's most prominent industries:

3. It Has One of the Lowest Unemployment Rates in the Country

Unemployment is not much of a worry for Nebraskans. The state's jobless rate is well below the national average. That's partly due to a strong agricultural sector, diverse economy, highly educated workforce, and stable and affordable housing market. So after completing your studies at one of the region's trade schools or colleges, Nebraska can offer you the potential for more job security than many other states.

4. It Ranks as One of the Most Affordable Places in the Country

Another solid reason that you may want to explore colleges and universities in Nebraska is the fact that it often ranks among the most affordable states in the nation. One big consideration is the cost of real estate. Check out the median house sales prices in the following states and regions:

So if you dream of owning your own home, Nebraska can be an ideal place to make that happen.

Nebraska also boasts a reasonable cost of living. For example, in Omaha—the largest city in the state—supermarket prices are 38 percent lower than in New York City, and rental prices are more than 70 percent lower, according to Numbeo. So ultimately, studying at the top Nebraska colleges and universities can mean more money in your pocket since your cost of living is lower than that of many other states. 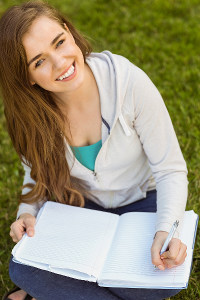 Many Nebraskans choose to live the country life but commute into the urban centers for work. And for those living in the city, the country life is less than an hour away. So it's easy to have the best of both worlds while living and studying in Nebraska. And you can feel secure here too since federal crime statistics indicate that the property crime rate is over three percent lower than the national average, and the violent crime rate is over 20 percent lower.

Nebraska is also well known for its friendly residents. That could have a lot to do with the fact that many people are happy with their lives. The Gallup-Healthways Well-Being Index found that Nebraskans ranked high for having a sense of:


In another study, Nebraska ranked as the 10th best state to raise a family. This was based on factors like school ratings, crime rates, affordable housing availability, and the cost of living. It certainly sounds like picking one of the Nebraska universities, colleges, or trade schools could lead you to a happy and rewarding life.

Take Advantage of the Opportunities Before You

You can see that Nebraska is so much more than prairies and cornfields. This state offers numerous exciting career opportunities, it's an affordable place to live, and it can contribute to you achieving a fulfilling personal and professional life. If you're ready to discover the Nebraska trade schools and colleges near you, simply enter your zip code into the search box below. Doing so could open up a whole new world of possibilities!