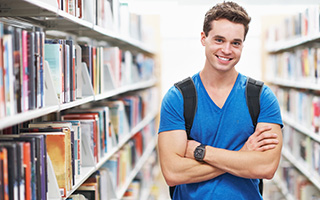 Missouri trade schools and career colleges can help you take charge of your future.

A vocational education could open up a whole world of career possibilities for motivated students like you. It could enable you to gain the market-ready skills sought by today's employers in less time than you might expect. That's why the hands-on programs offered by vocational colleges and trade schools in Missouri are a smart choice. They're built around industry needs and can get you ready for the workforce quickly. You can get focused training for a wide range of in-demand occupations and feel confident in your ability to achieve your career goals.

Seize this chance to develop your potential. Simply enter your zip code in the school finder below to find a nearby training program that can help you get your career going!

Top Reasons to Get Vocational Training in Missouri

3 Top Reasons to Get Vocational Training in Missouri 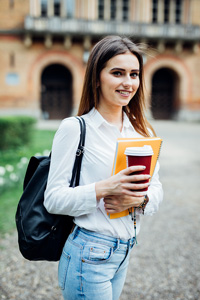 Missouri has a lot more to offer than just world-class barbeque and beer. With a range of expanding industries and an unemployment rate that's lower than the national average, the state can be an ideal place to train and learn. In fact, nearly 220,000 new jobs are expected to open up in Missouri between 2016 and 2026, according to the Missouri Economic Research and Information Center (MERIC). That spells opportunity for career builders with the right qualifications and skills.

Here are three major reasons to get a vocational education in the Show Me State:

A variety of industries are set to experience strong growth in Missouri over the coming years. A few of the career areas with the rosiest outlooks include health care, construction, and technology.

Supporting people's physical well-being is a major growth industry in Missouri. In fact, MERIC data shows that the top two fastest-growing occupations in the state are in the health care sector. And opportunities will continue to multiply as the population ages and requires more care. By 2030, more than one-fifth of Missourians are expected to be 65 or older.

So it's hardly surprising that health care workers are expected to be in big demand. According to MERIC, home health care services alone are projected to grow more than 38 percent between 2016 and 2026. Hospitals, outpatient care centers, and dental offices are all expected to see double-digit employment growth during that time.

Check out the following health careers that are projected to see solid growth in Missouri in the years ahead, according to MERIC. (Percentages represent job growth rates between 2016 and 2026; salary figures are median annual wages from 2017).

Missouri is grappling with a shortage of skilled tradespeople as the construction industry heats up and experienced workers retire. In a 2017 survey of Missouri contractors, more than 70 percent said they were struggling to find enough qualified people for available positions. Carpenters, cement masons, iron workers, and truck drivers were among the jobs that survey respondents said were hardest to fill.

Here are a few more construction-related occupations that are expected to expand rapidly in Missouri in the next few years, according to MERIC:

Technology is a big industry in Missouri. The Missouri Partnership notes that companies like DST Systems, Suddenlink Communications, and Cerner Corporation are all headquartered in the state, and dozens of firms have major data centers in the region. According to a CompTIA study, the state's technology industry added more than 3,200 jobs between 2015 and 2016 alone. What's more, the study found that average technology wages are higher in Missouri than in most Midwestern states.

Plenty of technology-related careers are poised for growth in this state. With the right training, you could take advantage of growing opportunities in occupations like these (all data from MERIC):

Students and career builders alike will find that their money can get them more in Missouri. The cost of living in this state is significantly lower than the national average. Food, transportation, and especially housing prices are lower here than in most other places in America.

Training and living in Missouri means having access to a full range of outdoor activities, from golfing and kayaking to skiing and sledding. When it's time for a break, you can relax at the Lake of the Ozarks or check out one of the many outdoor festivals that take place year-round throughout the state. There's always something new to explore.

Start building the future you want. Missouri trade schools, technical institutes, and vocational colleges can help you energize your career aspirations. Just put your zip code into the school finder below to get a list of convenient training options close to you!