Trade Schools and Colleges in Mississippi 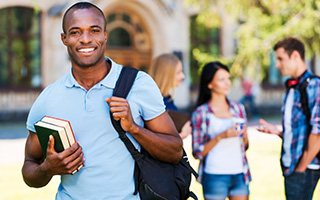 That's what makes a lot of Mississippi colleges and technical schools stand out: Their programs are actually designed to give you the best-possible head start in your pursuit of professional success. And, of course, it doesn't hurt that they're located in one of America's most friendly, relaxed, and sunshine-filled states. Their campuses are often near beautiful beaches, historic parks, and celebrated cultural venues.

So start working toward the life you envision by checking out this page's featured colleges and trade schools. In Mississippi, the options are very enticing. And you can even locate the schools nearest to you by typing in your zip code!

3 Major Vocational Sectors in Mississippi Worth Paying Attention To

3 Major Vocational Sectors in Mississippi Worth Paying Attention To

Mississippi might be well known for its cotton and other agricultural industries, but it has plenty more going for it. In fact, the state's population of more than 2.9 million people gets to enjoy the benefits of a region that is cultivating success across an impressive range of different industries.*

Over the years, the state has grown its economic output considerably. For example, between 2000 and 2018, Mississippi's GDP (when adjusted for inflation) increased by over 17 percent.** And that kind of growth is producing new opportunities for tradespeople, business and finance professionals, and many others.

Just consider these examples: Projections indicate that, from 2014 to 2024, the employment of specialty trade contractors (like HVAC technicians) could increase by 7.9 percent within the state. And employment of administrative support pros could grow by nearly 20 percent.***

But those stats only hint at the larger story. While it's true that Mississippi is still full of rural charm, it is also a state on an upward path of innovation and fresh possibilities.

From places along the Gulf of Mexico like Biloxi and Gulfport to the capital city of Jackson to fast-growing regions like Southaven, Mississippians of every stripe are discovering that the state now offers more compelling career sectors than ever before.

Here are three of the most intriguing examples:

Already the state's largest employment sector, Mississippi's health care industry continues to grow. Fuelled by innovative companies, expanded medical insurance coverage, and a rising population, it's a field that's teeming with good opportunities for people in all kinds of roles. Check out some of the numbers: 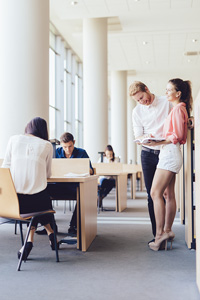 In 2016, 142,660 Mississippians worked in manufacturing. And that number is projected to grow to 146,060 by 2026. But when you consider technology occupations, the employment potential also looks promising. That's because a lot of technology professionals perform work that is essential for advanced manufacturing. For example, between 2016 and 2026, the employment of network architects could grow by 5.8 percent. And jobs for mechanical drafters and industrial engineering technicians could grow in number by 10.5 percent and 7.4 percent, respectively.*** And it includes a lot of professionals who perform work that is essential for advanced manufacturing and technological development—such as network engineers, software developers, design and drafting technicians, and electrical and industrial engineering technicians.

Mississippi is located in a prime spot to take advantage of the nation's busy shipping industry. With its central location in the Gulf region, the state empowers many warehousing and distribution companies to provide timely and cost-effective inventory and transportation services for importers, exporters, and domestic manufacturers.

Plus, the state's ground transportation is made up of so much more than just beautiful country roads. Mississippi has six interstate highways running through it. And that makes it a great place for basing commercial truck-driving operations. In fact, from 2014 to 2024, employment within the state's trucking sector is anticipated to increase by over 5 percent to 22,900 workers.***