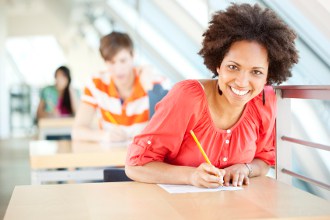 Quickly find colleges and trade schools in Baltimore that fit your needs.

It's simple. Just take a bit of time to look into the possibilities below. You'll see that the training you require for your future is attainable. So start approaching that future with extra care and optimism.

And keep this in mind: Gaining specific vocational skills can make you more valuable and competitive in the employment market. Which means that an education can help you earn a higher income throughout your life. By matching a training program to your desired career outcome, you'll be moving closer to achieving your goals and securing a more prosperous future.

Want an even faster way to find trade schools in Baltimore? Use the search tool on this page. It can lead you to high-quality schools that offer the right training for the occupation you wish to pursue. All it takes is your zip code to begin discovering appropriate schools in your area.

These trade schools in Baltimore, MD are ready to tell you more—so get in touch with one today!

9 Reasons to Live and Learn in the Greater Baltimore Area

9 Reasons to Live and Learn in the Greater Baltimore Area

The Greater Baltimore region is made up of Baltimore City and the counties of Anne Arundel, Baltimore, Carroll, Cecil, Harford, and Howard. With the region's location along the Northeast Corridor and its close proximity to Washington, D.C., the area offers its residents a lot of exciting opportunities. You could be the next person to take advantage of all that the city has to offer by attending one of the colleges or trade schools in Baltimore or the surrounding area.

A thriving port, along with multiple rail lines, airports, and highways, has attracted many different industries to the Baltimore area. And major institutions like Johns Hopkins Hospital and the University of Maryland Medical System fuel research, development, and investment initiatives throughout the region. In fact, Johns Hopkins University leads the nation in research and development spending with over $2.56 billion spent in 2017 alone. That is a substantial boost to the city's economy and only one of many reasons why Baltimore is an appealing place to attend school. Keep reading to discover the other major benefits that can come with living here and learning at Baltimore colleges and universities.

A group of Baltimore organizations have committed to helping the Greater Baltimore area flourish, and that is good news for budding professionals like you who want to start their careers here. Twenty-eight businesses have come together to create new initiatives—and develop existing ones—in order to promote investing, building, hiring, and buying locally. In 2019 alone, BLocal partners provided more than $74 million in funding to support businesses that are local, disadvantaged, and women- or minority-owned.

Baltimore organizations are taking a collective approach to make sweeping changes that are intended to fuel the city's economy and create more job opportunities for Baltimoreans. That's why now might be a great time to attend a Baltimore college so that you can prepare to take advantage of the possibilities.

Baltimore has a variety of organizations and businesses operating in almost every sector. The city is considered a bioscience hub, has eight business incubators, and is home to Johns Hopkins, which is the third-best hospital in the U.S. The region also hosts four other major hospitals, dozens of federal agencies, Medicare and Medicaid service centers, PayPal and Bank of America corporate operations centers, and other large companies like McCormick and General Motors.

The economy is not only diverse, but also vibrant. Strong growth is expected in many sectors. Although Baltimore-specific industry projections are not available, solid growth is projected throughout Maryland. And considering that, according to the U.S. Census Bureau, the Baltimore-Columbia-Towson metropolitan area is home to approximately 46 percent of Maryland's population, it is likely that the city's industrial growth will be similar to that of the whole state.

The following industries are expecting substantial employment growth across the state during the decade from 2016 to 2026, according to data from the Maryland Department of Labor.

It is a safe bet that a strong economy will bring solid job opportunities. And that is exactly what the current projections show. There could be thousands of jobs available throughout all sectors, and many of those jobs will require at least some post-secondary education. That could include anything from a certificate to a bachelor's degree or higher. So take a look at the career possibilities that appeal to you, and think about attending a Baltimore trade school or college to start building your skills so that you can be ready for the opportunities.

Have a look at the total projected job openings for a sample of occupations within the Baltimore City workforce region for the 2016-to-2026 period.

If attending college in Baltimore wasn't already sounding appealing, then how do you feel about the possibility of earning higher-than-average wages? That is a reality that many Baltimoreans enjoy. In fact, the average wage of all occupations for the Baltimore-Columbia-Towson metropolitan area is 11 percent higher than the national average wage. Take a look at some of the occupations below that offer Baltimore-area residents wages that are higher than the national average for their particular fields (based on May 2018 data).

Although Baltimore has a lot to offer, you can also take advantage of the opportunities available in other urban centers that are close by. Whether you need to travel for work or want to explore careers in outlying centers after you complete your training, you have options. You have access to major airports, including Baltimore/Washington International Airport, which is just minutes from downtown. And along with several highways, many commuters use Amtrak or the MARC commuter rail.

Check out the travel times to the three closest major cities:

Another great advantage of going to school and starting your career in Baltimore is that real estate is affordable, especially when you compare home prices to other nearby cities. Becoming a homeowner is a dream that you can easily achieve in Baltimore. That's particularly true if you get an education that helps you attain one of the city's higher-paying jobs.

According to the National Association of Realtors, Baltimore's median home sales price for the third quarter of 2019 was $313,500. That compares quite well to the median sales prices of other neighboring cities, such as the Washington-Arlington-Alexandria area ($439,800) and the New York-Jersey City-White Plains area ($400,100).

A low cost of living, combined with higher-than-average wages, often means more money in your pocket. Just compare the cost of living in Baltimore to other nearby cities. (Cost of living takes consumer prices into consideration for items like groceries, restaurants, utilities, transportation, and clothing.) In Baltimore, it is: 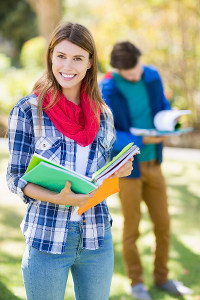 The Baltimore area offers numerous transportation options, and they are often cheaper than driving by car. There are also many park and ride areas within the city, as well as an airport shuttle so that you are able to avoid hefty parking fees when you are traveling by air. Whether you need to get around for school or work, here are some of the more popular options:

9. Abundant Activities for All Interests

When you are spending your days studying or working and get some much-needed downtime, it's good to know that there are lots of activities to partake in. Baltimore is an area rich in history, and there are no shortages of museums, art exhibits, and other cultural attractions. Sports enthusiasts can catch an Orioles or Ravens game, and the city offers an incredible culinary scene, lots of shopping options (from funky to chic), many fun nightlife spots, live music venues, and fairs and festivals for almost any interest. There are certainly lots of fun and interesting activities to fill your free time.

Now that you've seen why Baltimore is such a great place to go to school and start preparing for a promising new career, why not act on your ambitions today? Simply enter your zip code into the search box below to discover programs that colleges and trade schools in Baltimore are offering near you. The career of your dreams could be just around the corner!