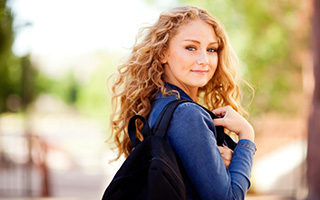 Career colleges and trade schools in Maine offer convenient training for some of the state's most rapidly growing vocational areas.

Can you envision learning employable skills that enable you to stay and build a good life in a down-to-earth region of immense beauty? That's the opportunity before you right now. Your future could involve both a reliable occupation and a fun and relaxed lifestyle.

From the Greater Portland area to the Mid-Coast to Northern Maine, people are discovering that a vocational education can greatly enhance their prospects for achieving that outcome. So find out why some of the best colleges in Maine may be the ones with a career-oriented focus. Quickly generate a list of nearby schools by entering your zip code below! 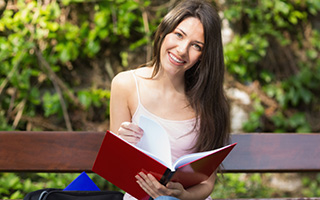 America's most northeastern state is famous for its scenic coastal towns, lighthouses, and wide-open wilderness areas. But Maine is also a place where it's possible to create a vibrant career without giving up a way of life that's as quiet or lively as you want it to be. In fact, the regional diversity within this state provides many qualified professionals with the opportunity to live their own distinctive aspirations.

For example, consider what the following areas offer:

Plus, a lot of Mainers have been experiencing increases in how much they earn. For instance, between 2011 and 2016, statewide per-capita income rose by 14 percent, according to the Maine Development Foundation. But the most exciting fact might be that the state's fastest-growing employment sectors are often relatively quick to train for. And although it's a good option, you don't even necessarily have to go to school in Portland, Maine. Colleges with short-but-worthwhile programs operate in multiple regions of the state.

With that in mind, check out three of the most rapidly expanding industries you can attain skills for:

No other occupational sector in Maine is projected to grow as quickly as healthcare. That's largely because the state's proportion of older residents is increasing, just like in most other regions of America. But the prevalence of many chronic conditions is also on the rise. And more Mainers are getting access to care thanks to having health insurance, which has been made possible by the federal Affordable Care Act.

The result is that, between 2016 and 2026, the greatest number of new employment opportunities in this state will likely be in the category of healthcare support. In fact, the Maine Department of Labor says the number of jobs in that category is expected to increase by more than 9 percent, which equals 2710 openings each year over that period. It's an area that includes vocations like dental and medical assisting, massage therapy, nursing assistance, and much more.

In addition, employment within the category of healthcare practitioners and technical vocations is projected to increase by 8.9 percent over the same period. That translates to 2,671 job openings each year during that time span. Occupations include everything from practical nursing and pharmacy technology to physical therapy, registered nursing, and all other medical specialties. 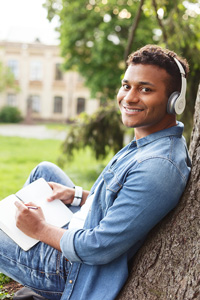 Americans, including Mainers, consistently spend money on personal care services, regardless of how well the economy is doing. And projections indicate that personal care could continue to be a high-growth employment category. According to the state labor department, from 2016 to 2026, the number of jobs in this category could rise by 3.9 percent, which means that about 4,939 job openings could become available each year over that decade. Personal care vocations include enjoyable areas like cosmetology, esthetics, fitness training, and animal caretaking.

People in Maine are known for their genuine community spirit. They tend to care about each other and understand that everyone has challenges. As a result, they often lend support to programs that help members of their communities overcome personal obstacles. That's one reason why the state labor department estimates that, between 2016 and 2026, employment within this category will rise by 2 percent. That means more than 1,532 job openings may be generated each year during that period in vocational areas like drug and alcohol dependency counseling, social work, and mental health counseling.

Discover Your Next Move

Finding convenient training programs is easy. Begin right now by putting your current zip code into the following search box to quickly see a selection of nearby vocational colleges and trade schools in Maine!