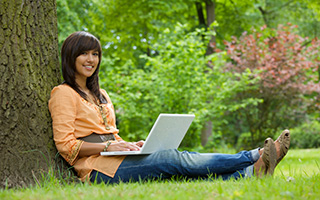 Trade Schools and Colleges in Hawaii

Create the future you want in a place you love.

Trade schools and colleges in Hawaii offer more than just an appealing location for going to school. They also offer powerful opportunities to learn vocational skills you can use throughout the state. And with such marketable new abilities, you could get the chance to build a career that exceeds your expectations.

The possible directions you can go in are impressive. For example, just think about the training options you may want to explore at one of the trade schools or colleges in Honolulu. Programs in business, technology, and healthcare represent only a few of the choices open to people who are enthusiastic about getting an education.

Could anything be more compelling? Start making it all happen and find a college close to you by conducting a quick search based on your zip code! 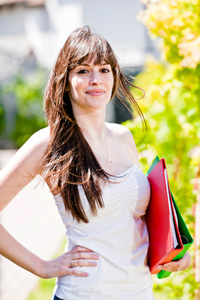 Almost everyone knows about the impressive scenic panoramas to be found in Hawaii. But this colorful state has even more than its alluring beauty going for it. With a GDP projected to rise by over 20 percent between 2016 and 2021 (according to the Department of Business, Economic Development, and Tourism or DBEDT), it also has an economy that supports the ambitions of hundreds of thousands of friendly and productive residents.

So, what types of skills are needed in Hawaii? For starters, business-related abilities are valued in just about every industry in the region. But some of the best prospects for reliable and satisfying employment can be discovered in industries such as these three:

Hawaii's eight major islands attract millions of visitors from all over the world each year. In fact, tourist spending is the top source of economic prosperity for the state, says the DBEDT. According to the Hawaii Tourism Authority, a total of 8.7 million people visited the region in 2015 and collectively spent $15.1 billion. Their activity supported about 168,000 jobs. From hotel and restaurant professionals to outdoor adventure guides, this sector is brimming with intriguing possibilities.

Plus, tourism's economic impact has a positive spin-off effect on many other industries. For instance, many creative entrepreneurs thrive in Hawaii. And people in service-oriented sectors like massage therapy and cosmetology also tend to do well. As a matter of fact, employment of Hawaiians in the broad career area of personal care and service is forecast to increase by more than 20 percent between 2011 and 2020, according to the Department of Labor and Industrial Relations (DLIR).

Here's an astounding fact: People who live in Hawaii have the longest average life expectancy in America, says the Hawaii Health Systems Corporation. But the older people get, the more medical attention they usually need. And the population of seniors in the state is growing rapidly. In fact, the DLIR says the number of Hawaiians aged 85 and older is projected to rise by 155 percent between 2000 and 2035.

So the state's healthcare workforce will need to keep growing across many different vocations in order to meet that big demand. DLIR data indicates that from 2011 to 2020, employment in Hawaii's healthcare support sector is predicted to increase by about 19 percent. But with 28 hospitals and many other medical offices and facilities, the sector already employs tens of thousands of health and dental workers.

The growth of high-tech jobs is a pretty big focus in Hawaii. According to Hawaii Technology Development Corporation, in 2013, the creative and technology sectors collectively supported about 78,800 jobs within the state. But many of the region's leaders want to greatly expand the number of high-paying tech-related positions. They've set a goal of creating an additional 80,000 jobs in the technology and innovation industries by the year 2030. And they also want those jobs to pay salaries of at least $80,000.