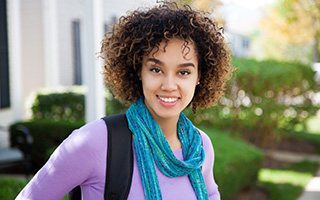 Colleges in Washington, DC enable people with a variety of ambitions to expand their marketable skills and get into fields they enjoy. Through convenient career-based training, they provide the support necessary to improve your future and begin establishing yourself as a satisfied and well-paid professional.

And colleges in DC can provide other advantages as well. For instance, as the seat of the federal government, the District of Columbia attracts a lot of fascinating, successful, and well-connected people. And the city's central location in the Mid-Atlantic region means that trips to fun places like the beach or other vibrant East Coast cities can be done within just a few hours. Plus, the District itself is a major hub of terrific cultural, entertainment, and recreational options.

So advance your goals—starting right now. Check out the Washington, DC colleges and technical schools below. Or type in your zip code to find the programs being offered close by.

America's capital region is always alive with activity and interesting opportunities, especially for people with marketable qualifications. That's why career colleges and trade schools in DC focus on providing programs that align with those opportunities. After all, the District of Columbia and its surrounding metro area are growing quickly, which is generating all kinds of new possibilities. Check out these compelling facts:


Here are six of the DC region's fastest-growing job categories:

As in most other areas of the country, the need for medical and health services continues to rise in Washington, DC. In fact, employment in this sector grew by 27.5 percent—to 66,800 people—from 2004 to 2014. And the projections for future job increases look even brighter. For example, check out the employment growth rate expected between 2014 and 2024 in these occupations:*

Washington, DC is becoming recognized as one of America's best cities for technology startups thanks, in part, to many recent successes. For instance, from 2007 to 2017, employment in the category that includes technical services professionals grew by 12.5 percent within the District.* And additional job growth is expected. Between 2014 and 2024, employment within the category of computer systems design and related services is projected to rise by 23 percent.*

Quite a bit of new development is planned for the DC area in the coming years. And a lot of it is because of the push for more sustainable and energy-efficient buildings, particularly in the public sector. That will likely equate to a lot of great opportunities for tradespeople like HVAC and electrical technicians.

But the future looks just as vibrant in other construction sectors as well. For example, from 2014 to 2024, employment in residential building construction is expected to grow by over seven percent. And jobs in utility system construction are projected to increase in number by 31.6 percent.*

Washington, DC's creative sector supports almost 124,000 jobs across several industries.*** Those career opportunities are found in areas as diverse as design, the media arts, film, and the performing arts, among others. But DC is especially known as a place with a high density of interior and graphic designers. And their future looks good. From 2014 to 2024, job growth in the area of specialized design services is anticipated to rise by 7.2 percent.* 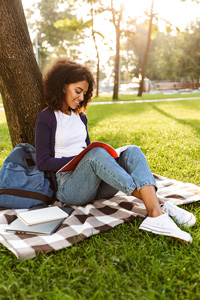 Given the national capital region's high concentration of both public and private organizations, it shouldn't be surprising that people with good business skills can thrive in DC. That's true whether they're employed by corporations, non-profits, or the federal or local government. In fact, from 2004 to 2014, the number of jobs in the area of professional and business services increased by nearly 13 percent. And from 2014 to 2024, employment in the business support sector is projected to rise by 10 percent.*

But with so much important and often high-profile business taking place, a great need also exists for people who have a criminal justice background—and not just to work for government agencies, of which there are several in DC. Rather, many private companies—as well as some public officials—find it necessary to employ or hire private investigators or security experts to help protect their interests. As a result, jobs in the category of investigation and security services are projected to increase in number by 4.6 percent from 2014 to 2024.*

The District of Columbia is quickly becoming known for its energetic restaurant scene. Many talented chefs are being drawn to the city and adding their own takes on a wide variety of high-end cuisine. And that's led to the culinary arts accounting for about 25 percent of Washington, DC's creative economy. Of course, the region's restaurant industry is also helped greatly by the fact that DC is a major tourist destination. In 2015, the District hosted 21.3 million visitors who, collectively, spent over $7.1 billion in the city.***