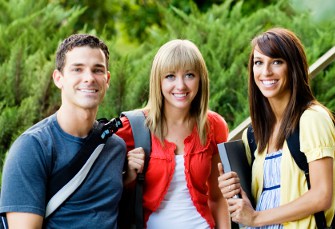 Tucson trade schools and vocational colleges can help you get on the fast track to a better future.

What if you could take industry-relevant courses that were specifically designed to help you acquire the practical skills you need in order to stand out in today's job market? At a trade school or career college in Tucson, you can. The focused programs at these Southwest schools can help you expand your abilities and gain a competitive edge in some of the region's most in-demand occupational sectors. You can get hands-on training from experienced professionals who know what it takes to make it in today's world of work. What's more, you can benefit from a full range of supportive career services that are all about helping you succeed.

So get rolling toward your career goals right now. Check out the Tucson trade schools and colleges below or type your zip code into the search tool to find convenient training programs near you! 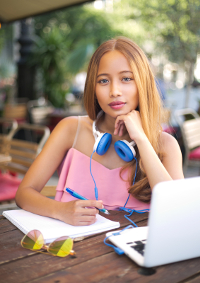 With abundant sunshine, a low cost of living, and an eclectic mix of cultures, Tucson is a city that has a lot going for it. In fact, the region's unique blend of affordability and opportunity has led to it being ranked by Money as one of the best U.S. cities for millennials. And with employment in the metro area expected to grow almost 17 percent between 2016 and 2026, according to the Arizona Office of Economic Opportunity, there's even more reason to begin your career in this part of southern Arizona.

Three job sectors with a bright future in Tucson include:

The building trades are booming in Tucson. Construction employment in the region grew almost seven percent just between February 2018 and February 2019. But even that wasn't enough to keep up with demand: Over 80 percent of Arizona contractors surveyed in 2018 said they were struggling to fill available craft positions. Heavy equipment operators, pipelayers, and mechanics were all in short supply, according to a survey by the Associated General Contractors of America.

And the opportunities should continue to emerge. The Tucson construction sector is expected to grow more than 12 percent between 2016 and 2026, which means that more than 1,870 new jobs for qualified tradespeople will likely open up during that time period. That's according to the Office of Economic Opportunity.

Here are just a few careers in the trades that are expected to see much-faster-than-average growth in the Tucson area between 2016 and 2026. (The percentage represents the projected rate of job growth from the Office of Economic Opportunity; earnings figures are average salaries as of May 2018 from the Occupational Employment Statistics program.)

Looking after people's health and well-being is a growing industry in Tucson, particularly as the local population gets older and requires more care. By 2024, more than 20 percent of the residents of Pima County could be over 65. So it's no surprise that the health care sector is set to expand rapidly in the coming years. In fact, the Office of Economic Opportunity predicts that employment in Tucson hospitals will grow by almost 40 percent between 2016 and 2026. And nursing and residential care facilities could support a 51.5-percent increase in the number of new jobs.

Have a look at the projected rates of job growth for the following health care careers, along with their average salaries:

Aerospace manufacturing is a big part of Tucson's economy, employing more than 25,000 people in areas ranging from research and development to assembly and distribution. Space-related manufacturers like Universal Avionics, Vector Launch, and World View Enterprises are all headquartered here. The region is also home to Bombardier's largest aircraft service center, which occupies close to a million square feet and employs more than 900 local residents.

The Tucson metro area added 600 aerospace manufacturing jobs just between March 2017 and March 2018, a growth rate of 5.1 percent. With the right training, you can take advantage of expanding opportunities in careers like these:

Make this the day you take control of your future. Tucson trade schools and career colleges are ready to help you reach your goals. So look through the programs above or type your zip code into the school finder below to discover training options close to where you live!