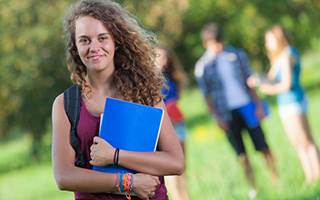 Create a truly balanced life on a peaceful island with big opportunities.

PEI trade schools and colleges enable people to train for careers that them live and work in an uncrowded province known for its beauty and relaxed pace. It's a place that many people dream about visiting. But, with some relevant schooling, it could become the place you decide to stay.

Prince Edward Island (PEI) has a lot going for it, especially if you're the type of person who looks forward to enjoying a comfortable lifestyle without sacrificing good career prospects. Did you know that the province has the third-highest rate of home ownership in Canada?* It's true. Homes on the Island are surprisingly affordable. And the overall cost of living is among the lowest in the country, thanks in part to a special commission that helps maintain fair pricing of basics like rent, utilities, and gas.*

So much about life on PEI is just easier. Even in Charlottetown, the Island's capital, you are never more than about 15 minutes away from any other part of the historic city.* Traffic is a breeze, and the public trolley system is super convenient. And you can't beat the countryside with its white-sand beaches, trails, and lush green settings. This all adds up to an ideal setting for any student looking to make the most of their educational experience.

By giving the training options below a close look, you might just start seeing your future in a whole new light. So ask the following schools to send you information about planning an education that can lead you to a refreshing life on the Island right away!

You may be interested in the following online school that is accepting inquiries from PEI residents. 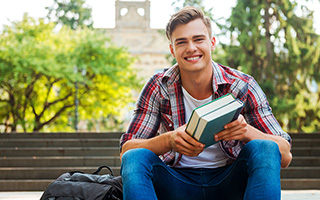 As one of the country's most pristine and beautiful provinces, PEI naturally attracts a lot of interest. In fact, it is a consistently popular destination for more than one million visitors every year.** With over 800 kilometres of the warmest beaches in Atlantic Canada, it's easy to see why.*

But the Island has so much more to offer than just its world-renowned charm. Even though it is small in size compared to other provinces, it provides skilled career-seekers with an increasingly diverse number of intriguing possibilities. PEI supports emerging industries like aerospace (worth $149 million annually), bioscience, information technology, and clean energy.*

It is all leading to greater prosperity for residents of the Island. For example, in 2015, total labour income within the province grew by 3.6 percent from the previous year.* Yet, certain demographic shifts are resulting in a shortage of qualified workers in some areas. And that is creating new opportunities for students who want to study and begin their careers in a place that emphasizes quality of life.

Here are three of the strongest areas of employment growth in PEI: 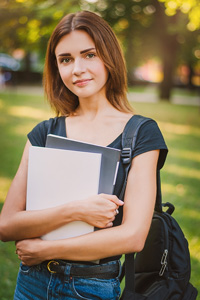 On a per-capita basis, Prince Edward Island has the second-highest number of small and medium-sized businesses in Canada. In 2015, the business and financial sector provided approximately 10,400 jobs to Island residents.* Many of those jobs relate to accounting or administrative support since virtually every organization requires those services.

Of course, a lot of those jobs can be found in the Greater Charlottetown area, which is home to about 60,000 people and is the Island's main hub of business activity.*** Many companies and entrepreneurs are drawn to Charlottetown's friendly climate, diversity of sporting and cultural events, and important heritage. With some of Canada's earliest architecture—and the significance of being the place of the meeting that lead to the country's birth—the city has a working charm that inspires success.

PEI's population of seniors is getting larger. In fact, the number of Island residents aged 65 and over is expected to rise from just over 27,000 in 2015 to more than 44,700 by the year 2045. That's an increase of roughly 65 percent over the coming decades.*

As a result, the need for all kinds of healthcare workers is likely to increase as well. (Older people simply tend to need more medical, pharmaceutical, and personal care.) The province already has seven hospitals and nine public long-term care facilities.**** And, in a sign of what might be coming, about 800 new jobs were created in the healthcare sector in the five years from 2010 to 2015.*

For such a small province, PEI manages to export a whole lot of goods. The agricultural sector is strong, but so is manufacturing. And the Confederation Bridge—one of the longest bridges in the world at almost 13 kilometres—connects the Island to the mainland, reducing the need for costly shipping by boat or air.*

So people with skills in areas like supply chain and transportation management can find some good opportunities on PEI. Just look at these stats from 2015: