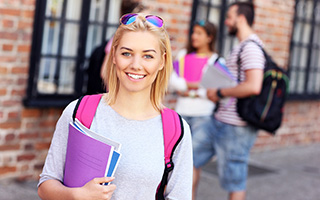 Vocational colleges and trade schools in Ottawa help empower the ambitions of people who want worthwhile careers in a great city.

Have you explored the potential opportunities? Ontario's National Capital Region is alive with vibrant and diverse employment possibilities. That's why it's smart to look into the programs offered by Ottawa colleges that specialize in career-driven training.You simply can't ignore the fact that a lot of jobs are being created for people in the region who've attained market-ready skills for expanding industries and occupational sectors. So transform today into a new beginning. In relatively little time, your life could be moving in a direction that feels truly satisfying. Enter your postal code in the following search tool to quickly find a nearby trade school or college in Ottawa!

How You Might Benefit from Getting Career Training in Ottawa: 3 Great Advantages

How You Might Benefit from Getting Career Training in Ottawa: 3 Great Advantages 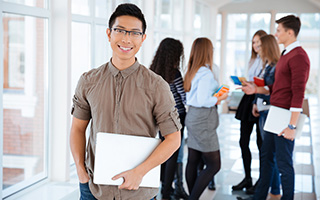 Canada's capital city is an inviting place where many people find it easy to create fulfilling lives. In fact, Ottawa often ranks higher than other major North American cities when it comes to good living standards. As a career-minded student in this region, that means you have the chance to experience benefits such as:

Ottawa's economy is built on a stable variety of employment-generating industries. According to Invest Ottawa, all told, over 25,000 employers in the region support jobs for over 728,000 people. A significant portion of those jobs are in good-paying public or knowledge-based sectors. Check out these other facts from Invest Ottawa:

This dynamic assortment of industries continues to generate a growing number of jobs across many occupations. Many vocations are expanding at much higher rates in Ottawa than in Canada as a whole. For example, check out the expected job growth rates in the region for various occupations from 2017 to 2019. 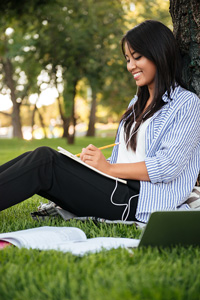 Ottawa is Canada's fourth-largest metropolitan region. But for many people, no other place in the nation can match what this city offers. After all, on average, Ottawans enjoy some of the highest incomes in the country—a fact that could be at least partially due to the fact that, as Invest Ottawa points out, the city is home to more people with post-secondary education than anywhere else in Canada.

But Ottawans also enjoy this region for the extensive lifestyle possibilities. Regardless of whether you prefer to live in a rural, urban, or suburban setting, the region is diverse enough to accommodate your aspirations. And when you have free time away from class or work, you don't have to go far to enjoy memorable activities such as:

3. Good Public Transit and Close Proximity to Other Great Cities

Both students and working professionals regularly use Ottawa's convenient public transportation options. In fact, collectively, almost 375,000 people ride on three trains and more than 900 buses each day across the region, says OC Transpo. As a result, most parts of the city are easy and affordable to access from almost anywhere you reside. Plus, Ottawa is relatively close to other cultural and economic hotspots like Montreal, Toronto, and New York City.

Make the Future Your Own

Little by little, you can achieve the life you want. And getting a new start in this region only requires a few small first steps. So begin today by checking out what's offered at nearby colleges and trade schools in Ottawa. Just enter your current postal code in the school finder below to see some of the program possibilities that are close to home!