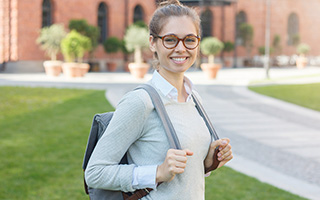 Find your career path in a province with boundless possibilities.

Nova Scotia trade schools and colleges are located where countless people have built satisfying futures and enhanced their best attributes. The remarkable diversity of career opportunities, especially in cities like Halifax, means that you can establish a successful professional life among the natural wonders and lively culture of Atlantic Canada's Maritime region.

This small but mighty province is active in several bright industries that students can train for and enter with confidence. In fact, the potential for creating stable, prosperous, and engaging careers is backed up by the variety of businesses and employers in progressive sectors like healthcare, technology, and creative media.

Nova Scotia is, quite simply, a place with tremendous upsides. Living, learning, and working are all made more enjoyable by its mix of smart, easygoing, and imaginative people. And its ocean-surrounded landscape provides an inspiring setting for your work and your studies.

So connect with your future right now. These colleges and trade schools in Nova Scotia are ready to share plenty of information about their career-driven programs. All you need to do is fill out an easy form to learn more!

You may be interested in the following online school that is accepting inquiries from Nova Scotia residents. 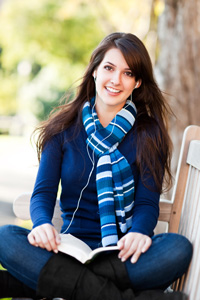 A number of fascinating industries are emerging in Nova Scotia, such as aerospace and ocean technology. It's an impressive fact when you consider the province's small size. But, even with limited geography, the region's labour force of almost half a million workers is able to contribute to a lot of innovation.

Here are four employment sectors that Nova Scotians can be especially excited about:

This industry is likely to stay strong and keep expanding due to the province's large percentage of older residents. Baby boomers already account for about one-third of Nova Scotia's population. And, by 2038, the number of people age 65 and older is projected to increase by 62.5 percent. As a result, the province will need lots of new skilled workers in the areas of allied health, wellness, and community support.

Even at the present, this sector is booming, as evidenced by facts like:

Nova Scotia's creative economy has tremendous potential. It's a region where many artists, media creators, and technology enthusiasts already thrive. That's particularly true in Halifax, which has a high concentration of creative workers. Every year, many hundreds of people graduate from arts programs in the city. And many of them go on to find jobs in sectors like film, animation, digital media, and the visual arts, according to a report from the Creative Nova Scotia Leadership Council.

Plus, did you know that, according to One Nova Scotia, wages for people who work in Nova Scotia's information and communications technology (ICT) sector tend to be at least 50 percent higher than the provincial average? That makes it a great place for programmers, developers, networking specialists, and other computer-related professionals.

Other fascinating statistics from One Nova Scotia include:

3. Business, Financial, and Other Professional Services 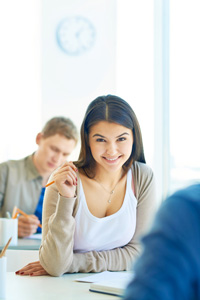 In 2011, Nova Scotia's industries exported goods and services worth almost $16 billion, according to One Nova Scotia. And The Halifax Index 2016 says that, in 2015, its region's GDP grew to more than $19 billion. Of course, a large chunk of that economic production was generated by enterprising companies that value the region's smart and skilled pool of workers.

One Nova Scotia says that nearly 31,000 organizations within the province employed Nova Scotians in 2013. They include private businesses, publicly traded corporations, and public agencies. Think about it: Professional services like accounting, graphic design, and administrative management are needed just as much in the public sector as the private one. In fact, according to One Nova Scotia, over 30 percent of the province's employed professionals work for a public organization.

Tourism Nova Scotia reports that, with its popularity as a getaway destination, Nova Scotia generates about $2.61 billion each year in tourism-related business revenue. And that results in thousands of jobs in the sector. Plus, there are plans to attract even more of the types of visitors who will contribute to the region's economic vitality.