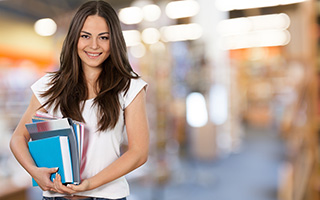 Newfoundland trade schools and colleges provide pathways to real opportunity in a region where growth and momentum have become the satisfying norm. The potential to create a remarkable professional life in a beautiful and close-knit province is truly impressive. With consistently strong economic gains and renewed cultural vitality, this part of Atlantic Canada is making people across the country pay attention.

Newfoundland and Labrador has been on an impressive roll since the turn of this century. And that has meant the creation of prosperous careers for many of its residents. In fact, Statistics Canada says that in 2015, the province's workers enjoyed some of the highest average weekly earnings in the country—almost seven percent more than the Canadian average.

A lot of that success is evident in the capital city of St. John's, a place that is full of character and exciting possibilities. As the city furthest to the east in North America, its unique coastal location provides unparalleled access to rich deposits of natural resources. And its ecological and scenic wonders inspire many other kinds of prosperity-generating pursuits. All of that—and more—is why the St. John's metro area is home to about one-third of the province's population, according to the City of St. John's website.

This region is, quite simply, more than just a memorable place to visit. Colleges and trade schools in Newfoundland understand that a whole lot of opportunities exist for anyone willing to get focused vocational training here—whether you're an established resident or a hopeful newcomer. So don't hesitate to request additional information!

The following online schools are accepting inquiries from Newfoundland residents. 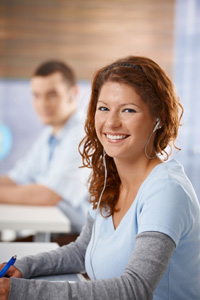 The people of this province enjoy more than just a rich heritage and world-renowned surroundings. They also benefit from an economy that generates tremendous opportunities for many kinds of career-seekers. Just take a look at a few key stats (all of which are based on data from the provincial government, unless otherwise noted):

With those facts as a backdrop, check out five of Newfoundland's most vibrant career sectors:

Just like almost every other province in Canada, Newfoundland and Labrador is projected to be home to an increasingly large share of residents aged 65 and older. And that equates to a lot more people requiring medical or wellness services. As a result, a lot of money is being invested in new or upgraded health care facilities, diagnostic laboratories, residential care homes, and community treatment centres. In fact, the provincial government says that as of 2013, more than $1.25 billion of spending in this area is planned or already underway within the province.

Of course, an expansion of services generally requires more workers. So people who want a reliable and meaningful career can find a lot of great paths to success within this broad field. According to provincial government data, in 2015 alone, over 34,000 Newfoundlanders held jobs in health care or social assistance. That represents almost 16 percent of all employed workers in the province, the largest share of any job category. And that number could keep rising.

A lot of companies see Newfoundland as an emerging economic powerhouse. So they are setting up shop or expanding their operations, especially in places like St. John's. But that requires hiring new professionals who have the skills to help sustain organizational growth, communicate messages to the public, or assist in the smooth operation of day-to-day office tasks.

In 2015, 33,000 of the province's residents were employed within fields like finance, real estate, business services, and public administration, says the provincial government. Collectively, they account for over 15 percent of Newfoundland's workforce. But with new investments in commercial buildings and developments being planned or carried out the future continues to look bright for such professionals.

Within Newfoundland, it's no secret that the oil and gas industry is the largest contributor to the province's economy. Offshore oil production is booming, and more and more projects are being explored or set in motion. St. John's, in particular, reaps many of the rewards.

But the province also exports a lot of products from mining and manufacturing. It all requires skilled people who understand transportation logistics and supply chain management. To give you an idea of the size of these industries, check out the following facts:

Information systems and other technologies are becoming a big focus of the province's economic development plans. For example, one major push involves attracting companies to invest in building their data centres within the province. Newfoundland's mild temperatures throughout the summer and winter provide the opportunity for Internet and mobile communications companies to use less energy to power their data systems. That enables them to lower their cost of supplying services like cloud computing to worldwide customers. And that could mean an increasing demand for knowledgeable pros like computer networking and IT specialists.

Here's a little-known fact: According to the City of St. John's website, the area is home to a larger percentage of people in art and culture occupations than the Canadian average. In fact, the city is emerging as a well-known destination for the creative class.

But the whole province is recognized around the world for its great travel opportunities. For example, between 1998 and 2013, the amount of people arriving through St. John's International Airport grew by an average of over five percent a year, notes the provincial government. But they also come by car or cruise ship for the icebergs, whales, distinctive wildlife, and coastal and urban trails that lead to countless ecological and historical sites.