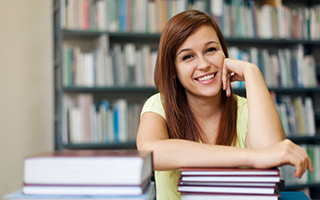 Broaden your career horizons where inspiring opportunities abound. Schools and colleges in Winnipeg, Manitoba offer fantastic training options for many of the province's flourishing industries. They can enable you to live and work in one of Canada's most affordable and environmentally progressive regions.

Of course, many of the most intriguing job openings are found in Winnipeg. Colleges there have outstanding track records of helping motivated students take advantage of the city's compelling possibilities. After all, the province's capital is home to roughly half of all Manitobans. It's a place where people enjoy great urban amenities and relatively low population densities compared with other major cities.

In short, this province has plenty of room for your ambitions. So take a little time right now to discover trade schools and colleges in Winnipeg that can help you generate encouraging career prospects!

Read: 7 of the Best Manitoba Industries for Pursuing a New Career

7 of the Best Manitoba Industries for Pursuing a New Career 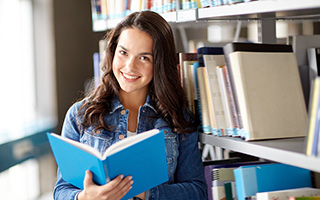 For a province with so much pristine open space and fewer than two million residents, Manitoba has a surprising number of thriving job sectors—as well as some that offer tremendous potential. Here are seven that are especially worth looking into:

With more than 28,000 workers, the Winnipeg Regional Health Authority is one of Manitoba's largest employers. But healthcare professionals enjoy gratifying careers throughout the whole province. In fact, according to a labour market report from Manitoba Growth, Enterprise, and Trade, the sector is expected to generate more than 18,000 job openings province-wide between 2017 and 2023.

Many post-secondary schools in Winnipeg understand this growing demand, which is why they offer practical training programs in multiple health-related fields.

Statistics Canada says Manitoba is home to over 39,000 employer businesses. More than a few of those companies are leaders in Canada's financial sector. From insurance corporations to investment and leasing firms, potential employers for those with administrative, business, or accounting skills are numerous. The labor market report noted above estimates that 27,400 jobs in the business, finance, and administrative realms should open up in Manitoba between 2017 and 2023.

But, of course, the region's business variety goes well beyond the financial industry. People who offer other professional services—like graphic design or legal assisting, for example—can also find plenty of opportunities.

According to data from the provincial government, more than 1,500 communications- and technology-related companies operate in the province. And they specialize in more than just areas like computers or high-tech networking. Some of them focus on other fun and fascinating fields that you might not, at first, associate with Manitoba.

For instance, gaming and digital media companies add nearly $200 million to the province's GDP. Many of those companies now thrive alongside well-known tech giants like IBM and HP that also have operations within the province.

Manitoba is already considered a world leader in sustainable energy production. But this sector could offer tons of additional career potential in the years ahead. Just look at what's been accomplished or is being planned:

It all points to the possible creation of many new environmentally friendly jobs in the utilities and manufacturing industries, which, together, already employ tens of thousands of Manitobans. 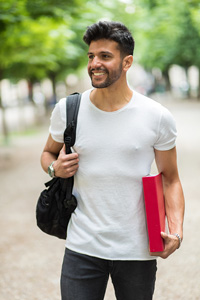 This part of Canada is rich with natural wonders and outdoor recreational options. People come to see polar bears in their true habitat. They come to snorkel with beluga whales. They come to gaze at the Northern Lights. And that's just in the uppermost part of the province.

Aside from all of the great ecotourism in the north, Manitoba also has millions of acres of parkland, about 100,000 lakes, a number of fascinating historic landmarks, hundreds of annual festivals, and plenty of other compelling attractions.

With the tourism industry accounting for a little over three percent of the province's GDP (according to Travel Manitoba), it still has a lot of room to grow. In fact, Manitoba is reaching out to new international markets to attract even more foreign visitors. And that could mean additional opportunities for people with skills related to operating guided tours, organizing events, planning travel itineraries, and accommodating or entertaining those new visitors.

Manitoba's aviation services industry is considered the largest in Western Canada. The provincial government notes that the sector directly employs over 5,000 people. Aside from manufacturing, many of the companies in this sector perform repairs or complete aircraft overhauls for hundreds of international clients.

In the years to come, employment of skilled tradespeople could increase significantly within the region. That's because the provincial government has announced plans to increase the highway construction budget and begin building more than a dozen new schools.

How to Get Started

The best way to start making your career happen is to get an education designed specifically for that purpose. So begin today by finding the career colleges in Manitoba that are ready to help you. Simply use your postal code to discover nearby schools right now!