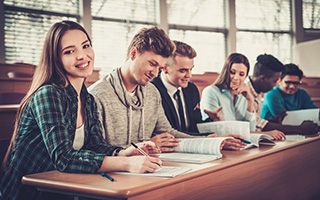 Find a School in BC

Home > Canada > Schools & Colleges in BC

BC Schools and Colleges

Broaden your personal career outlook in a region teeming with spectacular possibilities.

Colleges and trade schools in BC offer practical starting points for taking advantage of this vast province's many attractive employment prospects. And they also happen to be located among some of the most awe-inspiring places on Earth.

British Columbia is known for its valuable natural resources. But it is also rich with several other industries that appeal to all kinds of people who love using their talents and benefitting from unparalleled lifestyle opportunities. This booming province has so much economic variety that, between 2019 and 2029, 861,000 job openings are projected to become available, according to a WorkBC report.

Few other places in Canada can boast so much exciting diversity in terms of scenic vistas, recreational activities, cultural amenities, and satisfying career sectors. Quite simply, it's a place you want to stay. From Vancouver Island to the Lower Mainland to the Interior, BC provides an impressive assortment of exhilarating backdrops for almost any kind of pursuit.

So accomplish your goals in a province where having a balanced life of work, fun, and travel is highly valued. It can all begin with relevant training from a vocational college or trade school that specializes in helping individuals like you. Discover one below, and get all of the details you need by asking for additional information right away! 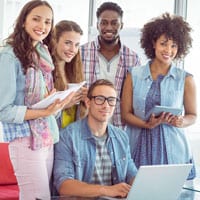 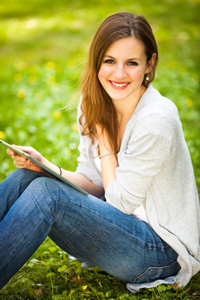 Almost anyone can find something to love about BC. It's just one of those areas of the country that has more going for it than can be adequately put into words. But, of course, being able to create a good living is what many people care about most. And, when you look at BC from that perspective, there's a whole lot to like.

For example, from a business standpoint, British Columbia is flourishing. Provincial government statistics indicate that over 200,000 businesses operate in the province. And more than 95 percent of those are categorized as small. That speaks to the region's favourable climate for personal connections as well as for both established and innovative new employers.

In fact, provincial statistics show that BC has:


But the picture gets even better. Just consider the potential offered in these four compelling areas:

There might be no other sector in BC that holds as much promise for career-seekers who want to know they'll be needed for years to come. It already employs more than 323,000 British Columbians. And, in terms of demand, it is expected to be one of the strongest-growing sectors, with 141,700 job openings from 2019 to 2029, according to the WorkBC report.

The biggest contributor to that growth is the region's population of aging residents. Look at these facts:

Thousands of creative professionals thrive in BC. The work they do has far-reaching impacts on multiple sectors of the provincial economy.

For example, film and television production helps generate business for lots of small companies as well as numerous jobs related to areas like hospitality and construction. And with hundreds of motion picture projects carried out each year in the province, this $2.1-billion industry alone creates over 70,000 direct jobs for people with all types of creative and technical expertise, according to a Creative BC report.

That's why BC is often called "Hollywood North." The Creative BC report notes that the province is the third-biggest film and TV production centre in North America. But BC has also developed an international reputation for its audio production and media arts industries. From globally recognized recording studios to famous video game companies like Electronic Arts, the potential opportunities for exciting employment are abundant.

In fact, hundreds of companies operate in the region's digital media sector. They specialize in areas such as mobile gaming, animation and special effects, interactive marketing, social web development, and electronic learning.

BC's skilled tradespeople represent one of the most vibrant occupational groups in the province. With key industries like mining, transportation, construction, and natural resource development expanding in the years ahead, the job possibilities keep stacking up. It's true: The WorkBC report notes that between 2019 and 2029, about 41 percent of all job openings in BC will require some form of technical or trades education, like electrician or HVAC training.

From electricians to mechanics to welders, British Columbia will need thousands of qualified tradesmen and women in the decades to come. But if that's not compelling enough, check out these facts from the WorkBC report for the 2019 to 2029 period:

BC Parks says the province's parks and protected areas get more than 26 million visits each year. The province's residents simply love to travel, but the region also attracts millions of other Canadian and foreign tourists. The amazing coastal areas, mountains, rainforests, and deserts have drawn people here long before Vancouver and Whistler hosted the 2010 Winter Olympics.

British Columbia is known the world over for its rich First Nations history, the unmatched diversity of its beautiful landscape, and its abundance of recreational attractions like golf, skiing, camping, and wine tasting. As a result, the tourism industry is one of BC's major strengths. And it's growing. But so are closely related industries like the culinary arts. Consider these points:

BC Locations Career Training in BC